The battle between insurers begins and who may end up being the losers, the consumers as it takes money to pay the lawyers to facilitate the legal battles and of course there’s the time in court.  One the additional legal costs start accruing, will the 80% target of premium money being spent on 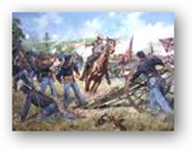 actual healthcare still be attainable?  That is somewhat shocking to know that 20% or so in round numbers goes for administrative and other types of expenditures other than healthcare.  Reports and numbers do vary a bit on what actual percentage amounts are and in California some insurers have been taken to task legally on this battle ground.  A few weeks ago, Wendell Potter gave us a look behind the scenes as a retired health care executive and explained how the business works.  BD

Health Net Inc. filed a second protest Tuesday over the loss of a lucrative military health care contract, suggesting the company intends a vigorous fight to keep the business.

Health Net filed a protest July 20 alleging Aetna had an unfair advantage in the bidding process because the Defense Department posted Health Net’s bid price on the Internet.