What is very disturbing about all of this too is Rush Limbaugh blasting him about where he’s going to have surgery and attacks him.  Listen to the 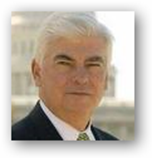 audio below and hear how mean and cold he is.  This is ridiculous relating this to insurance (which we know is a problem) and our broken system.  Rush in my book has just about washed himself up.  Years ago this type of talk used to be entertaining but by today’s standards it is annoying and rude, and so very reminiscent of how discussions were in the 70s, so I guess Rush appears to also be stuck in the 70s, along with many members of Congress and other government officials, I don’t quite understand why it continues to fill the airwaves with this archaic type of rude opinions and lack of professionalism.

I didn’t know Rush had surgery to help restore his hearing either until reading here, but perhaps that could be part of the issue too, can’t hear himself and what he sounds like?   Again, poor taste and time to take stabs.

On the other side of the coin it is in an early stage and with prostate cancer that is a good prognosis in most cases and he more than likely will have a successful return.  Check out below in the related reading section to see what the Mayo Clinic is doing for prostate cancer too.  BD

(CNN) -- Sen. Christopher Dodd announced Friday that he has an early form of prostate cancer, but he said the prognosis is good and he is going to be fine.

"I'm very confident that we're going to come out of this well," the senator from Connecticut said in a news conference in Hartford with his wife, Jackie Clegg Dodd.

Dodd, 65, said he was diagnosed in June after an annual physical and had decided Thursday night to undergo surgery after the Senate adjourns for its recess next week.

"I'm running for re-election," he said, referring to next year. "Now I'll be a little leaner, and a little meaner, but I'm running."

Dodd, who drew criticism in Connecticut when he moved his family to Iowa while he ran unsuccessfully for president last year, is facing a Senate ethics committee investigation over favorable mortgage rates he received under the Countrywide VIP program.

Limbaugh Worrying about his Medical Records