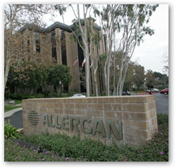 ongoing with Valeant and Pershing Square Capital Management, a hedge fund.  This is a huge acquisition and Actavis had already completed their tax inversion deal a while back so they are not subject to the new laws and regulations which means the Allergan division will benefit on not paying some taxes.  Actavis was formerly located in New Jersey and when it acquired Warner Chilcott, it moves it’s headquarters off shore.  It was actually this deal that brought about several other inversions.

If you don’t know how the tax inversions work, the link below has a great documentary that explains how all this works and the diversion routes.  The big four accounting agencies in the US set most of them up and thus they are basically leading regulators around by the nose while there’s little we can do or say.

It’s too bad to see the headquarters move from Irvine, California as I know the location well.  They have escaped the hostile take over attempts of Bill Ackman so I guess he can go back to hassling Herbalife now as a focus?  BD

Allergan, the maker of Botox, has resisted selling itself to another company for most of the year. On Monday, however, it agreed to be acquired for $66 billion by Actavis, another big drug maker.

The deal, worth $219 a share in cash and stock, presents a monumental roadblock for Valeant Pharmaceuticals International and the hedge fund manager William A. Ackman, the unlikely consortium that teamed up in April to start what became a hostile bid for Allergan.

Actavis was until recently based in Parsippany, N.J. But last year it agreed to acquire an Irish

But because Actavis has already completed its move abroad, it is exempt from the new Treasury Department rules, and will be able to pay fewer taxes on Allergan’s international sales and use Allergan’s overseas cash to help finance the deal. Actavis already took advantage of its newfound financial flexibility as an Irish company this year when it acquired Forest Laboratories.

Monday, November 17, 2014
Medically Related , My Commentaries , Other Items of Interest