There could be as many as 18,000 nurses walk off the job and picket the facilities.  Nurses have been in the process of negotiating a new contract and a big concern is patient safety.  So far there has been no disagreement which is what usually brings about a strike. 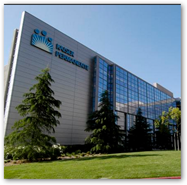 The nurses want 2000 open nursing positions filled that have been vacant for 3 years.

Nurses are also demanding better education for Ebola and preparedness with better protective gear.  The hospitals will remain open during the strike and some elective procedures may be cancelled.  Similar strikes are planned for other facilities outside of California.  Profits at Kaiser for the first 3 quarters have risen to over 3 billion and that’s not bad considering all the new facilities they have built.   BD

SAN FRANCISCO —Thousands of Kaiser Permanente nurses plan to walk off the job in Northern California during a two-day strike as contract negotiations continue, a union official said Monday.
California Nurses Association negotiator Katy Roemer expects the strike set for Tuesday and Wednesday to impact about 21 Kaiser hospitals and 35 clinics.
Kaiser will remain open during the strike, though some elective procedures and routine appointments may be rescheduled, the company said in an email to its members.
The contract talks started in July, with nurses claiming there has been an erosion of patient care standards in Kaiser facilities for months, and that Kaiser has failed to adopt optimal safeguards for Ebola.
California Hospital Association spokeswoman Jan Emerson-Shea said the nurses' union is using the crisis to further its own causes.