Home » Insurance » Medically Related » My Commentaries » United Healthcare Creates “Office of the CEO”–Is This Getting Some Framework Ready to Divest Optum at Some Point?

United Healthcare Creates “Office of the CEO”–Is This Getting Some Framework Ready to Divest Optum at Some Point?

When you read through one person gets the health insurance side and the other person gets the other side, Optum.  Optum as you know does all kinds of things from wellness, to cheap hearing aids, owns a custodial bank, sells software, integrates EMRs and all kinds of other Health IT consulting.  They makes profitable algorithms over there and have tons of Quants on board on both sides. 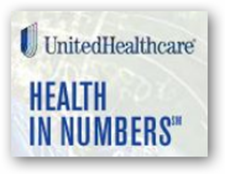 in plain site growing by acquiring one company after another, not to mention the large number of Government Contracting companies they own.  LHI is maybe one you never heard of but they do work for the DOD and do all the immunizations and physicals on troops in the US before the are deployed and that’s a nice chunk of change.  In addition United has a subsidiary just for their military work and it has plenty of subsidiaries tiered underneath it.

The company also has international locations and a big showing in the UK with a former United Healthcare executive that took over running in April.  They are not too happy over there and employees and doctors from the NHS went to the trouble of making a documentary to talk about it and how they all feel that patient safety and care is in danger due to this.

The company is so big that the development of so many inconsistencies today is hard to miss as some of their quantitative models are failing to include some of those where they spent the last few years mentoring CMS.  Population health is a good example of one of those mentored models as that was created about 8 years ago by United and it’s not a brainstorm of CMS by a long shot.  You can also find some of the company past and present executives over at the think tank that HHS uses for writing healthcare policy today, “The Center for American Progress” which also has people from other walks of like such as Zeke Emanuel and Jonathon Gruber, both architects of the Affordable Care Act.  Lois Quam was a former member who was the #2 person pretty much at United back in 2008 and was one of the named defendants in the DOJ case for back dating stocks, so far I think still the largest derivatives case settled.  Here’s the Wikipedia page.   In addition at one point in 2013 I put together a post with several other entities and ownerships at that time.

Legal action at the company seems to be getting busier too and here’s one pending Federal lawsuit relative to their Hospice operation and to me, insurance and hospice just doesn’t mix under the same umbrella.  Anyway this may account for needing a couple more at the top as issues as such increase.

In addition we have the low income housing investments which might require more time as well as the corporation wants rent checks now in time.  Below is another link with some of the insurer quants with a risk fiddler algorithm which charged CMS $70 billion called “said fraud” which could be United or Humana’s work but based on all the algorithmic work done as the company has history of I would it’s pretty good odds that CMS was had here by United but until they come out and verify we don’t know.  There’s only 2 carriers with enough patients to rack up this this kind of revenue with billing Medicare Advantage.

In the quantitation departments things have become busier as well and you probably have read about all the doctors being fired that take care of Medicare Advantage seniors and from what I have read, there’s no reason given so again we assume it’s the extreme modeling from their Quants that’s breaking the pennies down for such decision making.  There’s a Battle of the Quants taking place in the healthcare business with insurers and hospitals who are trying to play catch up to not lose any money with keeping up with insurance quant models.

Below is a quote from Felix Salmon, a journalist who is also a mathematician with his observations which pretty much on target and we have this now and again United and Optum are the Kings at quantitation and I’m always talking about doctors, patients, etc. all concerned about patient safety as they lay these things out and people can’t keep up with all of it.  They move us around like data on markets sometimes.

“Campbell’s law: “The more any quantitative social indicator is used for social decision-making,” he wrote,

“the more subject it will be to corruption pressures and the more apt it will be to distort and corrupt the social processes it is intended to monitor.”

So this is what we have going on here so no wonder there’s more need at the top to oversee the complex world the corporation has built and part of it is by design as it means profit and I’m the first to say that and won’t be the last.  At some point one does wonder how much conflict of interest will or does exist when you look at the vastly different types of businesses under their umbrella as one subsidiary as a vendor at a hospital might interact with another subsidiary, also a vendor at the same hospital.  This becomes especially questionable here with their company they formed with Dignity Hospitals, read this one and the folks at CMS about fell of their chairs when they saw this.   In addition they have Optum Labs to where Mayo Clinic, McLaren, Dignity and a few others give all their de-identified medical records to Optum labs to where paying clients like Merck, Boston Scientific and others pay a fee to come in and mine data and that revenue is shared in some way with the hospitals providing the EMRs for a revenue stream.

When I see efforts that spoof the public in wanting developers to write free code for them and AARP, it bothers me a bit as developers need to eat and pay rent too so why do this marketing spoof to make developers thing “its for the good” when in fact “it’s for the good money” for more apps to collect more data on the 50+ crowd and I’m sure they can find a way to sell it too as United is one of the biggest data sellers around and I think is #1 seller of data in healthcare.  Be up front and don’t spoof people to get code writing for free when you know it’s going to make money for the corporation I say.

So again with reading this it appears that it’s likely this might be a framework structure to set up some type of divesture at some point in time and if you read their stock holder meeting notes, usually a shareholder seems to ask that same question every quarter.  Also the company said that doctor reimbursement for those MDs who see patients with policies bought through insurance exchanges will be reimbursed a shade above what Medicaid pays so your availability of doctors as they are doing with Medicare Advantage patients they cover might be limited more than you anticipate as many doctors may opt out as well at those levels.  BD

The parent UNH, -0.07%  of the biggest U.S. health insurer said that, effective immediately, it would form a new Office of the Chief Executive, which, in addition to Hemsley, will include David S. Wichmann as president and Larry C. Renfro as vice chairman, as well as executives focusing on legal matters and human resources.

Wichmann, 52, will oversee UnitedHealthcare, the insurance arm of the company, as well as “overall UnitedHealth Group performance,” the company said. He will transition out of his current role as chief financial officer over the next 12 to 18 months. Renfro, 60, will remain the chief executive of UnitedHealth’s Optum health-services business, but he will now oversee areas for the parent company, including key client relationships and growth efforts, UnitedHealth said.