It sounds like the NHS has some of the same issues we have in the US, a lot of “Dupers” that have no clue on how data mechanics logic works from reading this article.  You have to realize today that an insurance company is not just one function, they do a lot of different things to include data selling.  In the US, United Healthcare is one of the biggest data selling companies around and they make money at it as well as drug store chains like CVS and 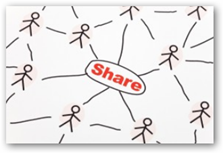 Walgreens pulling in 1 to 2 billion with a “B” selling data.  It’s an epidemic and sadly it sounds like it’s moving it’s way into the NHS with again “duping the government” on value.

“Sharing for the Good” in the US started out that way years ago, but it’ no more as companies found they can make money with mining and selling our personal data versus just giving it away and thus “For the Good” has readily been replaced with “For the Good Money” and I should add here, it’s their good money and not yours.  Here’s the original post where over 47 million records were sold.

If you have some “data mechanics logic” about you, it’s not hard to figure this out as you can visualize exactly where folks go for the money, it’s in the data.  As a matter of fact some of the doctors and employees of the NHS created a documentary on how all of this and related analytics is not creating better care for patients and we have the same problem in the US, with just a heck of a lot more data to profit from, well not us, them.   Also in the US too, these models are beginning to fail as well as the double sell with making a buck and providing better care is just not happening.  Sure when you mine registries of medical records and keep that all in house to help create better care, that works, but it’s not what’s being done today as the sharing “for the good money” has taken over.

Here’s another example her in the US where the high hopes of Big Data seem to be deluged a bit, again for the sake of making money.  You have Optum Labs making money with paying subscribers such as Merck, Boston Scientific and more digging through de-identified medical records and sure there will be some findings come out of this but it’s not going to be some big pot of gold that is currently being sold out there

with data.  You can mine and dig through data and always find “something” of course of use, but again it’s being way over rated today with trying to sell “some great white hope” that doesn’t exist, so enter the “dupers” that cling on to this belief and data selling for profit continues to grow.  Patients at Mayo for example all have their de-identified records sent to Optum Labs for the paying clients to research and mine through.

I was chatting with an EMR vendor not too long ago and they said this is way over rated with the way insurers are pushing claim data as it’s the clinical data that matters.  In science and genomics, big data is the business but that’s not what’s being done here so far at Optum Labs, again the push is “here have some claim data” at the front.

Also the US Government has an entity at the FDA that does the same thing as money making Optum Labs is doing relying on “donated” data called the “Sentinel” program so again see where profit holes are cut here.  In way you can’t blame Mayo for looking at additional revenue streams as their compensation is being cut from insurers when you get to the other side of the insurance business.  As a matter of fact those who buy an exchange insurance policy this year with United Healthcare will probably not only experience “narrow networks” but you might also want to know that your MD who is “in network” will be paid at reimbursement rates a shade above Medicaid and below Medicare rates.   I started calling it “The Secret Scoring of America’s Doctors’ when this occurs as our US doctors are given no reason for being knocked out of network and it’s the Quants modeling and designing our US insurance policies, some of which were former employees of Hedge Funds and Banks.  It is what it is.  I expect most readers to bail at this point as it makes them uncomfortable to see the word “Quant” and healthcare working together and granted I’m not happy with it as it’s all about money but please just see the reality of what it is.

“Sharing for the Good” is in in fact not an illusion; however today it minimally exists as it’s been taken over by “Sharing for the Good Money” as as consumers we marketed to the fact that is is is “for the good” when it is not.  We don’t know who’s selling our personal data and repackaging us over and over and thus the best way to deal with this today due to data selling epidemic for profit is just to assume sharing is “for the good money” and so far it has not lead me down the wrong path when I apply some data mechanics logic.  It’s like banks and companies with data burning a hole in their pockets with our data, if you will today.

This is why I came up with the idea in the US to have all data sellers be licensed as that would provide consumers a look up of what banks and companies sell, i.e. what kind of data they sell and to whom.  You can’t even start with any real privacy efforts until you know who the players (data sellers) are until you get step one accomplished.  This is where the lawyers and others who have no data mechanics logic have stumbled for years as their perceptions of what’s really going on are wrong and they are dupers.  I’ve read all their whacked out perceptions for years now.

There’s been no better care as a result and as a matter of fact we pay for all these additional services as the overhead is included in our premiums.  Here’s my campaign and for those UK readers here, maybe it might be an answer to help the NHS there as well

.  This is like the blind leading the blind with lawmakers and lawyers out there and of course this will meet with some objections of the data sellers as the big dupe works for them and they don’t want transparency here.

Here’s another link from a Computer Scientist that all tells how this practice is stripping consumers of their dignity and freedom and one below where I discussed the acceleration of inequality as data selling also allows scoring of consumers to disallow you access to something and the web data is becoming more flawed all the time, so people are judged on fake or flawed numbers.

Who knows when things really get tough, and I say this with a bit of satire but nothing surprises me

anymore, maybe the new data selling developers will be trained and working from US Prisons?  Don’t laugh as we have that going on here in the US, which is pretty silly if you look at rehabilitation as it would be much better to prepare prisoners with computer skills that consumers use every day versus sticking them in “hard coding classes”:)  We have a bunch of nut cases running the world today and goofy perceptions such as San Quentin get sold to the non data mechanics dupers all the time.  BD

Be careful and be aware over there in the UK and keep on top of what’s going on as you might prisoners writing your next medical records program before long, that is to keep the data selling business “for good money” alive and growing.   Spend some time at the Killer Algorithms page and learn up on what goes on behind the scenes here as it’s the machines and those who load up the code that’s running things.

It sounds like Sir Nick Partridge with the Health and Social Care Information Center is in the same boat with our US Dupers in not seeing how this impacts consumers but those folks live in different worlds and cast a blind eye or are just blatantly “that duped”.  BD

The National Health Service will continue to sell medical data to insurers and other third parties despite an investigation that has discovered tens of thousands of patient records were unlawfully sold.

Fears were raised earlier this year that patient records were being misused and sold to insurers, and the Government amended the law to restrict access to data.

The report from an eight-month inquiry has found tens of thousands of records were wrongly passed to third parties.

However writing in the Telegraph, Sir Nick Partridge, the deputy chairman of the Health and Social Care Information Centre, says that the NHS will continue to sell the information, arguing that proper checks and balances are now in place.

Actuaries had admitted that they could obtain 13 years of hospital data – covering 47 million patients identified by date of birth and postcode – in order to help insurance companies “refine” their premiums.

The data sold came from hospital records. But the furore coincided with growing concerns over an NHS project to store details from GP records in a giant database.