Ok so hopefully the title got your attention here as that’s what it was designed to do.  No this is not all bad as they need something to do that’s constructive and right now the entire US thinks everyone needs to code, code, code.  I don’t agree with that but we do need a much larger base of programmers than what we have in the past.  What I feel is really important today is “data mechanics logic” and you can have that and 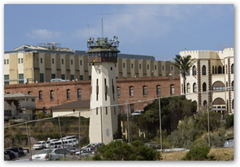 not be a coder or you can learn to code and have that logic and never code, take your choice.  Data mechanics logic is the key to understanding how all of it comes together, so you could take classes and never code but if you grasp the concept it will make you a much smarter person.

This article is interesting in the fact that it also comments that state agencies want to possibly use prisoners to do some of their future coding which that has issues.  Talk about wanting free or cheap labor and I complain enough about Fortune 500 companies wanting folks to code for free.  Look at this link below with United Healthcare and AARP…lot’s of glory on a website but can the developers pay rent?  So chances are they need some young folks living at home who might get duped into thinking this is for the good when in fact it’s for the good money to be made by United in having some apps that will collect more data on 50+ adults so they can analyze and sell it.  United is one of the biggest data sellers around and I’m actually surprised that Google beat them to the punch with having prisoners code for them as that’s what they want, free code.

The class is small so there’s only 18 students so far and they are not connected to the internet which for some reason this article makes a big deal out of that as you don’t need an internet connection to learn how to code really, other than accessing libraries at their beginning stage.  Again in a way they do get in touch with some technology here but as a prisoner they do not get access to the web at all.  This way when released they are not stone cold on web technologies even as a basic user, which is really what the program is designed to do.

There is one computer connected to the internet and that is the Google instructor, but that’s it.  As far as being future hackers, well there may be a chance, but it’s probably slim and none on that end of things.  So where’s that tech shortage?  Are the big software folks going to come here and hire, well I don’t think so as we’re kind of talking basic coding, but again the state wants some free labor so who knows how far this will go and will folks on the outside be competing one day from prisoners who learned to code..we don’t know that yet as it’s still too new, but again you can’t overlook big companies always looking to get some free coding done and that’s everywhere.  Maybe they’ll come out of prison being able to do rewrites on EMRs:)  BD

Eighteen students are learning how to code Web pages. There’s one catch: They can’t use the Internet.

The men, in matching jeans and blue shirts, are inmates at California’s San Quentin prison. They learn about smartphones from newspaper ads, and take classes in HTML, CSS and JavaScript in the hope the skills may someday help them find jobs outside of prison.

It’s not an ideal way to learn. The day-to-day work of a software engineer today is “pretty much constant Googling,” says Shawn Drost, one of their instructors, and co-founder of Hack Reactor, a San Francisco-based coding academy.

Monday, November 24, 2014
My Commentaries , Other Items of Interest , Technology