Home » My Commentaries » Other Items of Interest » Technology » Consumer Financial Protection Bureau Goes After Some Low Hanging Fruit With Prepaid Credit Card Rules–They Sell Your Data Too But Cordray Didn’t Address Any Of The Privacy Issues At All Here..

Consumer Financial Protection Bureau Goes After Some Low Hanging Fruit With Prepaid Credit Card Rules–They Sell Your Data Too But Cordray Didn’t Address Any Of The Privacy Issues At All Here..

Well this is better than nothing and something to be addressed of course, but it’s about all you’re going 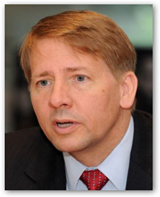 to get from Richard Cordray as just one more afflicted by the Sebelius Syndrome.  It’s the same old thing with a lawyer running the agency and yes lawyers are needed there but not as top job.  We see this over and over again with failures and fears to really tackle the big stuff and he’s no exception and such a huge disappointment.  He has no data mechanics logic and even the White House in their somewhat naïve privacy report they did a while back said this guy has more to learn on financial transactions so here we go again.

When I write here I don’t know these people personally and it’s not an attack on that at all but rather to see how naïve they are when it comes to pursuing issues that can “really” help consumers so this is another low hanging fruit item that needs to be addressed and it will help but nothing big.  Look how long it took him since he’s been in office to realize this is a problem with prepaid credit cards.  He can’t keep up with the algorithmic models created by financial agencies and it stuck on his verbiage to solve everything and so we wait and we wait and we wait until he can learn up a bit.

Look at this link below.  Just like every old lawyer out there he thinks you need to build a data base.  Argus sells the heck out of your credit card transactions to banks and health insurance companies so what does he do, starts buying from them, duh?  He’s another “duper” out there confusing the virtual world with the real world.

Just like Sebelius when he was appointed I asked if he had any data mechanics logic and well we are seeing how limited he really is without any as again he’s after the low hanging fruit which is better than nothing but no big strides. 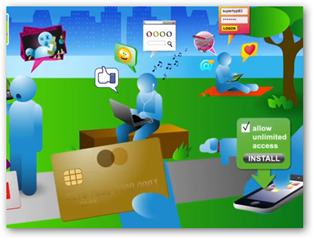 He can’t even bring himself in anything I have read to admit there’s a big data selling epidemic in the US and what a big problem it is.  For a consumer advocate agency head, he’s very lightweight and naïve.  Maybe he couldn’t even see that Argus is a big money maker selling our personal data?  Argus provides a cross-issuer solution that provides the full view of a customer’s credit card wallet.  Maybe that’s how he found out prepaid card fees were there and some other rules as he could care less about the damage of data selling.  That in itself needs to be tackled and he’s oblivious and lives in a different world.

Companies like Argus are going to buy all this data from the prepaid credit card companies so duh?

The biggest areas of relief here are being FDIC insured and a clamp down on some fees and some of them are already insured.  Again we need to index and license all data sellers including these folks, campaign below and listen to the Congressional testimony.  BD

The nation's top consumer financial watchdog is taking aim at the booming but lightly regulated prepaid card industry with new rules to protect customers from the vagaries of bank-like operations.

The proposal to be released Thursday by the Consumer Financial Protection Bureau would limit consumer losses to fraud and merchant mistakes, resolve errors more quickly and provide easy access to information about accounts and fees.

Companies would have to send regular account statements or let consumers see them free online. They also would have to credit disputed funds back to consumers conditionally if the investigation drags on past a to-be-determined time. Customer liability would be limited to $50 when they report fraud or a lost card promptly.

Though similar to bank account cards, prepaid cards often lack safeguards that are standard on debit and credit cards and may have hidden fees, consumer advocates said. Some are not protected by federal deposit insurance — a lacking that has landed them on the advocates' "to be avoided" lists.

The proposed rules would cover not only prepaid cards but other new payment techniques that bypass conventional bank accounts, such as mobile and other electronic prepaid systems.

The bureau also would require card issuers to provide "know before you owe" disclosure forms listing fees for services.

The proposed rules will be open for public comment for 90 days after they are published in the Federal Register. The proposal, including information on how to submit comments, will be available online Thursday.

Wednesday, November 12, 2014
My Commentaries , Other Items of Interest , Technology