This is being handled differently in different parts of the country.  Most have one more year left to keep the bare bones policies in effect b 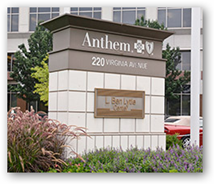 ut not in Indiana right now with Anthem.  The company is also having problems keeping track with their data, what else.  In other words customer service has both types of insured to respond to and this is also causing more confusion.  It will of course mean increase in policy cost.

In addition along with the exchange insurance policies, along comes narrow networks as well if they remain with Anthem.  United Healthcare on the other hand is not cancelling the policies for at least another year, but their doctors in network will be paid somewhere between Medicare and Medicaid rates for policies purchased via the insurance exchange.

The largest hospital system in Indiana, Indiana University Health, St. Vincent Health and Franciscan Alliance will not be covered in the system.  Under Obamacare older consumers can’t be charged more than 3 times more than younger insured.  So here we go again with choices for health insurance as there’s a lot to look at and the only thing they all seem to have in common is costing more money.  It will be interesting to see how this plays out in other states as well.  BD

Anthem Blue Cross and Blue Shield is canceling the policies of about 30,000 Hoosiers and asking them to switch over to new health plans that comply with Obamacare's rules.
That change could cause some customers’ premiums to spike while at the same time limiting their choices of hospitals and doctors.
For the past few months, the Indianapolis-based health insurer has been sending out notices to holders of individual insurance policies who renewed their coverage before Dec. 31, 2013. Such early renewals allowed Anthem customers to continue coverage under pre-Obamacare rules.
The Obama administration has said these so-called transitional policies can continue until as late as 2016. But an Anthem spokesman said the insurer chose to end them now due to what it perceived as modest demand.

“Because only 25 percent of our individual members renewed early, we made the business decision to not extend these non-compliant plans into 2015,” wrote Anthem spokesman Tony Felts in an email.
By contrast, about two-thirds of Anthem’s small-employer customers early-renewed their plans in 2013, and Anthem will keep those plans in place for 2015, Felts said.

Another factor, according to health insurance brokers, was that Anthem was struggling to provide customer service to both pre-Obamacare and post-Obamacare plans.

The other big change for customers having their policies canceled is that, if they remain with Anthem, their choice of doctors and hospitals will shrink. Unlike its pre-Obamacare policies, Anthem’s Obamacare policies exclude the state’s three largest hospital systems—Indiana University Health, St. Vincent Health and Franciscan Alliance—as well as many physicians.

Minnesota-based UnitedHealthcare said it is moving fewer than 40 policyholders that have “legacy” plans over to Obamacare-compliant plans. But other than that, it is allowing its customers that early-renewed their plans in 2013 to stay on them for 2015.