Kensho was founded in 2012, so it’s not that old and I say here it’s like a competitor of sorts to IBM Watson if you will but with a specific focus right now on investors to ask questions about the markets.  The software scours the web and gives a response.

The responses are customized to the type of investor one is, so there will be different answers 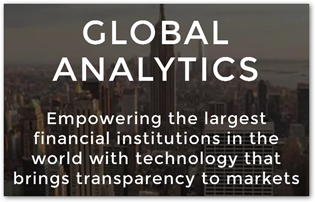 sent back, depending on the “view” you have in your profile, so two people would get different answers if you will, in other words a Bull might see a different answer than a Bear for a simple analogy.

I guess we will see how this service competes with quants at hedge funds, and oh yes, insider trading might really start to come at a premium now as of course Kensho won’t have that capability:)  Oh the SEC should even get busier with monitoring that end of regulation now if statistics prove to be valuable here.  Bloomberg and Reuters might be on guard and perhaps they may have their own platform under development to compete?  Who knows?  So what will D.E. Shaw and Renaissance Technologies react as they have kind of been the kings here with quantitated information for years?  Interesting too on how this is rolling out with Goldman instead of keeping this type of search tool as a black box type of element.

The technology uses MapReduce which is pretty much a standard element of any analytics out there today with sharing the cloud sharing capabilities for search and processing.  The media, CNBC is all over this and will be showing some commonly asked questions for the public to view.  Also CNBC will be using those good old news feeds to compare stock performance to the weather:)  We all laugh about some of these correlations at times and wonder what’s next to blame poor stock performance on?  You can watch the video and read the clip below it…who got hired from the Fed to work here I wonder?

“Backed by Google Ventures, and with clients that range from Wall Street's premier global banks to several of the best performing hedge funds in history, Kensho was founded out of MIT and Harvard in 2013. Kensho's team members come from veteran positions at Google, Apple, Facebook, and the United States Federal Reserve.”

“We are a diverse and spirited group of engineers and scientists who are accomplished analytical thinkers and passionate problem solvers. Together, our multi-talented team includes PhD theoretical physicists, one of the seven members of the original Apple iPhone engineering team, a head of financial technology research at Stanford's School of Engineering, PhD economists, a PhD historian, the author of Quantitative Finance for Physicists, and one of the youngest ever entrants to Harvard College (age 15).”

Here’s an example of a question posed about Apple.  I’m guessing the side of the platform for Goldman clients will be tweaked for extra special queries versus what runs on CNBC, that’s the way the algorithm world works.

This will be interesting to follow and see if there’s good analytics advice that comes out or will will we goofy correlations like we get on so many healthcare studies with spurious correlations?  Will the machine recognize what is spurious?  We already have insurance polices being built by quants so watch this go over to the insurance side, wouldn’t surprise me but there’s a need for human intervention of course when that happens as we are humans and not data.  We really would not want a novice data person asking questions of a platform as such to design a lot of what we use in healthcare:) 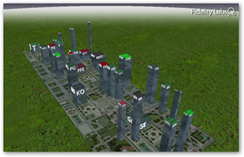 Fidelity  is telling all their clients to use “Stock City” a gamification visualization of a portfolio…a joke as you can see the investors can see through this right up as they don’t see themselves wearing Oculus 3D headsets to view their portfolio.  You do have to remember that Oculus is that 3D company that Facebook paid a lot of money for and they are speculating like crazy to toss stuff out and see what sticks.  Investors realized right off the bat that the visuals were more of a distraction that could lead to not paying attention to areas of their portfolio at times, and again too bad the folks in healthcare have not been able to see this yet.  I don’t mind gamificaiton to produce better skills, etc. and that’s definitely a whole different ball game than Stock City by all means.

Of course Fidelity is going to push this as investors asleep at the wheel and dummied down means money for them, just like insurers do in healthcare.  BD

Goldman Sachs has emerged as the largest investor in a financial analytics start-up that enables institutions to mine a wealth of big data, underscoring Wall Street’s drive to tap new technology.

Goldman led a $15m round of financing in Kensho, an analytics platform that can instantly answer millions of complex financial questions by automating previously human-intensive research. The bank will roll out the platform across its business as well as to some of its big clients.

Kensho, which has been likened to a Siri-style service for investors, analysts and traders, enables them to ask questions such as, “What happens to US homebuilder stocks if a category three hurricane makes landfall?”

Analysts said Goldman was probably seeking to save on costs while also tapping into a wealth of so-called “unstructured” data. Such information involves text as opposed to the numeric “structured” data that have traditionally been easier for computers to digest.

Research scientists estimate that 80 per cent of all data come in unstructured form; being able to quickly analyze this wealth of information is the holy grail for banks seeking to use big data to augment their business.

Initially called “Warren” in a nod to both the billionaire octogenarian investor Warren Buffett and the IBM supercomputer known as “Watson”, the platform has been rebranded to match the company’s name Kensho, partly on Goldman’s advice.

While the exact size of Goldman’s Kensho investment is unknown, it is big enough to make the bank the single largest strategic investor in the company, which has previously secured money from groups including Google Ventures, Accel Partners and CNBC, which last week announced its own investment and partnership with the platform.

Sunday, November 23, 2014
My Commentaries , Other Items of Interest , Technology