If you have visited one of the party businesses that supplies 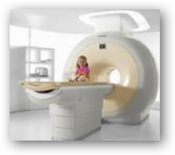 helium for those balloons we all love, then you have personally experience the price increases that have been passed along.  You don’t see as many of those balloons floating around as much anymore and of course we can do without those but the bigger crisis here has to do with healthcare use of the gas. In addition to MRI machines, helium is also used in the production of LCD screens and fiber optic cables so it’s pretty well engrained.  Insurance companies of course as well as consumers will be hit with the higher costs for MRI diagnostics.  There’s no substitute for the gas. We don’t have a “real” shortage though as the US supplies 1/3 of the world’s supply from a huge plant in Texas and the money from the sale of helium from that plant is to remain in place until enough was sold to pay down a $1.3 billion dollar debt that the BLM plant incurred to provide the necessary equipment, etc. to keep it rolling and most of the debt has now been paid.  It’s not often we hear that kind of a story today with debt.  The full debt is on track to be paid off in 2013.  The government sells the helium and it is sent to refineries and gas companies for further processing.  Right now there’s really not a lot in private industry with a huge interest in producing helium and unless the law changes, when the debt is paid off, the plant would close. 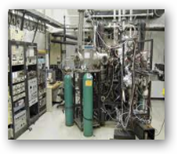 Newer MRI machines are built to recycle as much of the gas as they can but older machines are not as efficient and use more, some are in rural areas and if the clinics can’t afford the gas or get it, then they stop providing MRIs.  So the issue here is the price at which the government is paying back the debt and the prices charged for the helium, which is getting to be out of reach for many, again no more balloons either based on this price.  It requires a law to fix the antiquated formula and allow for a long pay back time or something along that line, in the hands of Congress.  It’s kind of scary to wonder if they will act or not as look what they did with the Post Office, and then folks wonder why healthcare costs keep rising.

This is also going beyond US borders and is affecting clinical trials in an area of Canada at the University of Ontario. The trials have been stopped due to the cost of the gas and there are no other gases to replace for the research which has to do with development of treatments for lungs.  The Hadron Collider relies on helium to run.  NASA uses a large amount of helium.  Private producers of helium are required to sell their helium to the government and store it in Amarillo.

It is estimated that the reservoir may run dry in 2018, but in the interim few companies are exploring setting up new plants to mine the gas as there’s more profit in “mining data” for bigger profits.  There is a plant in Wyoming set to open later this year.  This comes right back around to “data for nothing and the profits for free” when it comes to how companies make money.

It takes a big lay out of cash to build a plant, buy equipment, etc. and then hire employees to run it and with uncertainties today, many are just opting to sell data instead as that’s easier to do with hiring a few geeks to mine the internet to capture and sell data.  Some of these capabilities are even being over sold with their value too, again technology to make profits and few jobs get created and the quants on Wall Street keep it alive with the over inflated values of a lot of the algorithms that run for profit.  We have an imbalance here and it gets bigger every day and much of this stems on the fact that we don’t have a Congress that is smart enough to see the big picture. Instead we get entertained again with attacks on Women’s health, the default topic for the digital illiterates in DC.  Again as consumers we pay gasoline tax, time to tax the “other  miners” (see link below) who live off algorithms here to help create a balance.

Right now with current economic times you can’t quite get the government out of the helium business without some huge consequences in healthcare and again we have the digital illiterates who can’t see this and it’s shame as there appears to be a huge lack of “business intelligence” modeling in DC.  Just watch the news and see the big focus on “drama queen” issues that get the public in arms, and some of it rightly so as it is so stupid.  If you don’t have properly modeled laws today, you get some very big “killer algorithms” that have teeth and bite.  April is the big deadline and a as time moves forward the price for helium and solutions grow tougher.  The plant in Wyoming, in the Riley Ridge field area

didn’t break ground until 2010 and is due to open I believe later this year but a big fire up there added some delay.  Commercial helium production has not been rewarded or heavily utilized, the market will be undersupplied when National Helium Reserve sales are discontinued and the scramble and rising prices will roll higher and thus so putting the National Helium Reserve on the stock market raises a lot of questions.   Congress has had some opportunities to look at technology for modeling, but nope, no dice and the drama queen antics continue, meanwhile back on Wall Street, Citigroup is working to figure out how to get more of your money, via those algorithms and a lot of this is a gradual process.  See why we are so far behind the eight ball?

So when it comes to everyone complaining about the high cost of healthcare this is just one element of the entire picture and we only have “figurehead” folks in key positions at HHS and at the SEC that are clearly a huge disappointment in their decision making processes as they don’t have the background needed today to add enough value…time for new blood that can keep up and get some real intelligence in the Wall Street Algorithm games and stop being sucked in with some of the antics that go on in DC.  “It is a technological arms race in financial markets and the regulators are a bit caught unaware of how quickly the technology has evolved” Nothing personal here but new leaders are desperately needed at HHS and the SEC as times have changed and so have the responsibilities and it’s taking them way too long to try and catch up and there’s a few other departments in there as well but these two departments are critical right now as again the mind power needed as technology has evolved is far ahead of where they are.

As a side thought with all this in the news, would you think an insurance company would invest a few bucks here with helium mining since they are going to pay the inflated MRI bills? 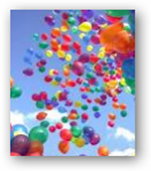 Of course not as it is not their line of business but as things roll down, you could probably guess they will jump on the analytics and algorithm part of the plan to keep costs down and maybe figure out a way to limit access for patients, as that’s what insurers do best, work the algorithms for share holder profits.  There are some things in life that maybe are not meant to be traded on the open market today as everything can’t be for profit and the algorithms for profit are only going to continue to grow and become more complex so we are in for a wild ride here as you add flawed data and other items that come in to play.  Here’s a couple past posts that pretty spell it out and I guess we can stay tuned to see if we have folks in government that can solve real problems or more talk on the “default topic” of abortions when they are over their heads.  The Balloon Party is no longer affordable. BD

One of the world's largest reserves of helium could be shut down as early as next summer unless Congress passes legislation to exempt the stockpile from the sunset provision of a 1996 law, the U.S. Bureau of Land Management said.

The Federal Helium Reserve, located deep underground near Amarillo, Texas, supplies a third of the world's crude helium, and its closure could strain an already limited supply of the gas that has become crucial in the manufacture of many high-tech and medical devices and is extensively used in health-care, defense and high-tech industry operations. In recent years, because the government dominates the market, private firms have seen little reason to invest in helium extraction and refining. Now, the possible shutdown of the reserve could lead a rise in prices to a point that would make production profitable, though it could take years to establish supplies lines from as far away as Qatar and Russia, which have reserves under development. Hospitals run by the University of California, San Diego will soon only receive 80% of their typical supply, said William Bradley, chairman of its radiology department. That will likely force the school to pay a premium to keep its 10 magnetic resonance imaging, or MRI, machines operating. http://online.wsj.com/article/SB10000872396390443545504577567102314948314.html