mHealth is getting pretty sophisticated and actually the FDA is doing a decent job as evaluating what they need to regulate and what is in fact a simple “consumer” application; however as more applications connect to PHRs and EHRs the simple “consumer” application not requiring FDA approval may stand to shrink a bit.  When it comes to sophisticated devices that are beyond reminders and simple readings, it’s actually in our best interest to have the FDA take look. 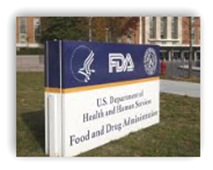 One thing to note is that when creating devices that contain sophisticated software today, you do not rush the developers and this is kind of unspoken and you know it happens when a company has announced an upcoming product and the pressure is on to get it to market.  In the interim though, you never know what bugs or other glitches might come up in the software and that can set the date back.  If developers want more time due to this issue, give it to them and don’t push and let them debug as much as needed.  We all want devices out sooner but this is where you do not push as you might meet the deadline but the software may not be as good an debugged as it would if developers were allowed the time they need. Thus, I come back and issue a word of warning to not push the software side to go faster as regrets can and have come later.  Back in 2010 I said the FDA can use all the engineers they can get their hands on and like business in the US, they are hard to come by sometimes.  If you are going to college, learn to code and become a software engineer, please.  We don’t want to be “beta” testers out there with potential life saving devices.

Having another set of hands at the FDA with wireless devices that transmit data is not a bad thing at all to have more look at the product.  It is also a good idea to look at the marketing too of such products.  Doing this blog I see all kinds of stuff out there and coming up with a policy to stay within the realms of what some products do is a good idea.

Many of the tech wizards aren’t used to FDA supervision. And now, both sides are struggling to figure out how to live with each other. Who knows we could as technologies grow see more of an alliance with the ONC division of HHS too as they are connected.  Actually a couple years ago in 2010 I said the FDA stands to be one of the “most connected” federal agencies and it’s certainly moving in that direction as it’s where the technology is.  BD

An onslaught of mobile health technology has forced an arranged marriage between smartphone app makers and the Food and Drug Administration — because someone had to regulate them.

It’s a regulatory clash that grew out of a burgeoning revolution in medical technology. Thousands of health-related apps are on the market already. Some help people manage their diets or workouts or take their pulse. FDA has said it doesn’t intend to regulate such “health and wellness” apps.

The mHealth Coalition has asked FDA to delay finalizing the draft guidance on these controversial points, saying the agency should continue to work through the issues until they have a sturdy framework that can accommodate the rapid pace of innovation in the sector.

Perhaps the biggest challenge on FDA’s side of the equation is figuring out how to handle devices that provide information to help doctors make decisions — an old issue that’s not specific to wireless devices but one that’s not getting any easier to address. Remote monitoring has been around for 20 years, Patel said, but the technology has grown far more sophisticated and is raising new questions.