This is unusual as the robot has been sold and delivered

to many hospitals across the US but there’s a time and place for a law suit it appears as the press release states the patient died 2 weeks after the surgery as the arms of the robot are not insulated and the patient received internal burns from electrical currents that jumped over to healthy organs. In another case related to the death of his daughter, a separate lawsuit has been filed stating the surgeon was careless with not seeing the damage done by the robot.  I was at a mall last year and saw an exhibit set up for the robot, which is kind of strange marketing.

DaVinci Surgical Robot Does a Roadshow At An Orange County Mall

I did an article a while back too with the Kinect box from Microsoft being used with the robot and what was fascinating about this was not just using hands but the fact that the Kinect device could map “off limit” areas so in other words the robot had “do not pass go zones” and stayed within the surgical area and I don’t know if that would have been of any help here though since it was electrical but worth a thought.  Johns Hopkins was experimenting with the fields and the gestures with the da Vinci.

The company is doing well as they have over $3 billion in assets according to the story here and again sad that a life was lost but will bring to the forefront the need for training and education again with all the new technologies we do have that can save lives.  BD 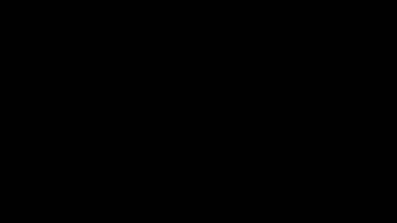 Over the last few years there has been a lot of debate on the web about the expense and the surgical outcomes that the robotic procedures provide. There have been many who have had no problem but with technology today it sounds like this comes back to education and training and sad to lose a 24 year old woman over a very common procedure that is done all the time.

NEW YORK, April 4, 2012 /PRNewswire/ -- The father of his deceased 24 year old daughter has commenced a lawsuit in New York against Intuitive Surgery, Inc., the maker of the da Vinci surgical robot, alleging that the device caused her death.  She was only 24 years old so at that age I am guessing she had some type of illness or complications to have this at such a young age.  Intuitive stated the surgeon had not been trained by their company and that is when unintended errors, burns, etc can occur.

In his complaint, filed by the firm of Rheingold, Valet, Rheingold, McCartney & Giuffra LLP of New York City, Gilmore McCalla asserts that when his daughter was having a hysterectomy in a Bronx hospital in August 2010, the robot caused burns to an artery and her intestines, which led to her death two weeks later.

The complaint alleges design flaws in the da Vinci robot, including un-insulated surgical arms and use of electrical current which can jump to healthy internal organs and tissue. It also alleges that physicians are not properly trained on the device, and that Intuitive Surgery has failed to run randomized tests as to complications with its robot.

The McCalla complaint, filed in the federal court in New York City on April 4, 2012, 12civ2597, also asserts that the manufacturer has suppressed reports of complications, and has oversold the merits of its da Vinci robot to hospitals considering buying it.  The machine costs of upwards of $2 million to purchase and then has a sizeable annual maintenance cost.

McCalla is also asserting, in separate litigation, that the surgeon operating the robot and the hospital where the procedure was being done were careless, in part in not discovering the damage done by the robot.