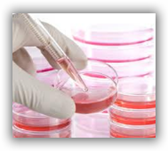 given for research were contaminated?  This is also hidden at times with researchers and journal publications have been in error as well and have had to be rescinded.  According to the article here there’s not much being done to ensure labeling is correct.  Researchers end up studying the wrong cancer cells and of course this directly impacts finding cures and treatments. Some researchers have tried to bring this to light but are ignored by others they work with in fear that the errors, if brought forward would discredit an entire lab operation.  One doctor states that cell banks reported that 20% of cell lines for use in research are not properly identified and that’s a pretty large number.  When researching a specific tumor with misidentified cells, it becomes a waste of time, money an so on. Cell lines are stored for years in freezers and the cells are what researchers study and are even shared  with other scientists so one mislabel can have a bit of a daisy chain effect.  One of the noted mix ups has been between breast cancer cells and melanoma and when it was further researched in one case the breast cancer cells were melanoma and not from a patient who had both.  The cell lines uses are also published in journals so they can be identified for their point of origin.  One big concern is the financial end where many who donate and contribute money could possibly learn of such mistakes and the donation rates would drop.  With biotech financing being so tough to get, this is the last thing anyone would want to have hit with contaminated cell lines.  BD

Cancer experts seeking to solve the problem have found that a fifth to a third or more of cancer cell lines tested were mistakenly identified—with researchers unwittingly studying the wrong cancers, slowing progress toward new treatments and wasting precious time and money.

In hundreds of documented cases that undermine a broad swath of research, cancer samples that were supposed to be one type of tumor have turned out to be another, through either careless laboratory handling, mislabeling or other mistakes.

It is a problem hiding in plain sight. Warnings to properly test cancer cell lines have sounded since the 1960s, a decade after scientists started making human cancer cell lines. Much of cancer research seeks answers to questions of basic biology, so the proper identification of cell lines may be less important, said Dr. Masters. But when seeking cancer treatment for a specific tumor, he said, such mistakes "are an utter waste of public money, charity money and time."

These mix-ups are maddeningly difficult to pinpoint: an improperly sterilized pipette, a lab worker momentarily distracted, a misread label or a typo on a record sheet.

Cell repositories in the U.S., U.K., Germany and Japan have estimated that 18% to 36% of cancer cell lines are incorrectly identified. Researchers at Glasgow University and CellBank Australia found more than 360 such mistaken cell lines, including 100 that turned out to be the late Ms. Lack's cervical cancer cells. Other scientists, following up on the observations at Stanford, demonstrated that MDA-MB-435 behaved like melanoma because it likely was melanoma—in particular, a skin-cancer cell line called M14.

Osamu Tetsu, a head-and-neck cancer researcher at the University of California, San Francisco, did a study in 2009 that concluded all six known cell lines used by researchers studying adenoid cystic carcinoma were contaminated.