How many times have we heard this over the last few years, many if you read the news.  Having an infection though, just like anywhere else in your body could lead the infection to go anywhere in your body so as far as bacteria 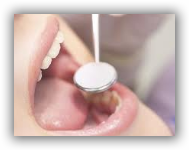 though the American Heart Association says all the information is flawed.  This goes right along with I talk about all the time, “flawed data” and it’s amongst us.  Good thing we have folks that find it too and let us know.  I can’t wait for the day that I have my teeth regrow themselves with stem cells!  What great way for dental work and getting a tooth replaced.  I just wondered though if the stem cells would grow cavities back but was told “that is a good question”.  Rats are getting new teeth.

This goes back to how studies are done and anyone can crank out numbers and I talk about that and how sometimes we have marketing folks that will spin report numbers or we have a very small study in which there’s not enough proof to speak of and everyone thinks it’s the gospel.  So brushing your teeth is not going to help you avoid heart trouble but it will help your oral hygiene and clean the bacteria out of your mouth.  We still have the same old problem of negative studies not being published as well so journals still struggle at times to have all the information included.

Scroll down on the left hand side and watch this fantastic video about how naïve we are are and how we get fooled.  You wont think the same about studies again.  There are good ones out there but the challenge is to tell the difference sometimes.  Look for the Attack of the Killer Algorithms as that’s exactly what we have here with crunching numbers sometimes.   What is very cool though of late is that I have the National Institute of Statistical Sciences following the Killer Algorithm series and they wrote to me recently and said “keep it up” we like and agree.  BD

(Reuters) - For 20 years, researchers have reported a link between gum disease and heart attacks or stroke, but a new analysis finds that claim seriously flawed - so much so that the American Heart Association (AHA) issued a rare "scientific statement" on Wednesday concluding that gum disease has not been shown to raise the risk of, let alone cause, cardiovascular illness AAP President Pamela McClain, a periodontist in Aurora, Colorado, agreed that research has "not been able to say that periodontal disease causes cardiovascular disease." Gum disease "is a risk factor, and observational studies have supported an association but not a causal one." She said she did not see a need to revise the group's website. Besides correcting the scientific record, the AHA panel hopes that publicizing its conclusion will help people. Most important, said Bolger, if people understand that periodontal disease does not raise their risk of heart attack and stroke they can focus on what does, such as smoking, obesity, high blood pressure, and stress. http://in.reuters.com/article/2012/04/18/us-usa-health-gums-idINBRE83H1AC20120418?feedType=RSS&feedName=health&utm_source=dlvr.it&utm_medium=twitter&dlvrit=309303
Wednesday, April 18, 2012
Medically Related , Other Items of Interest