Home » Medically Related » Pharma/FDA News » What’s Going on With Warren Buffett and His Prostate Cancer? Did He Choose To Be Screened?

What’s Going on With Warren Buffett and His Prostate Cancer? Did He Choose To Be Screened?

I have been reading the news like everyone else out here and kind of wonder the same thing and as the news unfolds, I understand this is a phase one from the results of a PSA test.  It’s odd as any more they don’t recommend the test for men over 75 and the radiation he has agreed to take as treatment could be very rough on him and the risk of harm goes up.  A study showed from autopsy data that 70% of men 80 and beyond had prostate cancer so he’s very much alive but right up in that age bracket.  The American Cancer Society said back in 2009 that benefits of detecting many cancers has been overstated.  BD

American Cancer Society – Benefits of Detecting Many Cancers Has Been Overstated

“The very idea that some cancers are not dangerous and some might actually go away on their own can be hard to swallow, researchers say.” 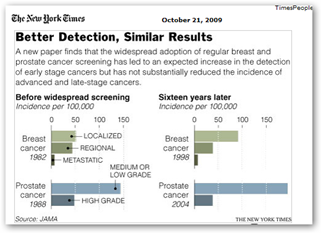 A day after Warren Buffett announced he had prostate cancer, the question on the minds of many men and their doctors is this: “Why was an 81-year-old man screened for the disease in the first place?”

Mr. Buffett’s cancer was detected with a prostate specific antigen blood test, commonly called a P.S.A. test. But the decision by Mr. Buffett’s doctors to screen him at all goes against the recommendations of the highly regarded United States Preventive Services Task Force, a government panel that issues screening guidelines. Not every medical group opposes P.S.A. testing of older men. The American Academy of Family Physicians says that P.S.A. testing “may be stopped” at age 75, or when life expectancy is less than 10 years. The American Cancer Society and the American Urological Association discourage screening for men whose life expectancy is 10 years or less, but suggest that a man who is expected to live 10 years or longer discuss the risks and benefits of testing with his doctor.