Medicare Agrees to Settle Hospital Reimbursement Dispute With 2,200 Hospitals in the US To Receive Approximately $3 Billion–Hospitals Paid Short–Killer Algorithms Chapter 26

Most of my posts on the Killer Algorithms have been about

consumers and patients being the victims, but this time it was hospitals with bad algos short paying them.  If you scroll on down on the left hand side you can find links to the digest and couple really neat videos that will explain how algorithms deny when the math is bad as well as some great explanations on how this happens to this is Chapter 26. This was a suit I was not aware of and it has been around for a while and it will help a “little” as does any money for hospitals who are trying to stay alive out there today.  Tenet Healthcare stands to get about $84 million.  There are still some hospitals that could have been affected that could also file suit, which is around 1200 hospitals.

care that were to reflect area wages.  The error “aka the algorithm” that was calculating the reimbursement was noticed in 2006 and kept occurring and hospitals were being paid short and was not corrected until last year.  CMS was the holder of the “bad algos” this time. The formulas were finally corrected for the year 2012 forward and it must have taken a big group of developers to nail this one down, either that or it was ignored.  The American Hospital Association had been all over this as well.  We have story after story about medical billing software and the money exchange goes back and forth as hospitals also get fined for billing errors and after this one coming from CMS, it does make one wonder if anyone really gets it right with our complicated system as there are plenty of hold to fall in. 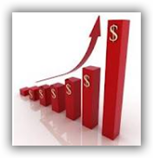 a year ago I found my own bunch on the web with doctor information on the web being flawed as well with dead doctors, retired doctors and so forth listed on the grading sites.  If they weren’t dead, the listings had doctors affiliated with hospitals they had never set foot in.  This is where I found my former MD who had been deceased for 8 years still listed and was taking HealthNet insurance.

We are definitely going to have to clean up the data and the algorithms we rely on today.

You can scream and holler all you want but until the algorithms on the servers that run about 90% of what we do anymore get changed, then nothing happens and this was the case with CMS on this one.   The same process with algorithmic formulas is also affecting smaller pharmacies and testing their existence for the future as well as they don’t even have time to calculate what their income will be when the formulas change so quickly.   BD

Medicare agreed to settle a dispute with about 2,200 hospitals nationwide over a decade-long error in reimbursement rates, offering what could amount to a $3-billion infusion to hospitals already bracing for funding cuts under the federal healthcare law. More than 200 California hospitals are included in three similar agreements

reached April 5, and they stand to share a total of more than $310 million. For instance, Cedars-Sinai Medical Center said it would receive $14.3 million and Long Beach Memorial Medical Center said it was due about $6 million. Analysts say this case won't drastically improve the fortunes of hospitals facing those fiscal pressures. "It doesn't change our financial picture," said John Bishop, chief financial officer at Long Beach Memorial Medical Center, "but it helps put a little salve on the wound." Hospitals argued that Medicare committed a mathematical error and it kept recurring through last year, resulting in significant underpayments to thousands of hospitals. A group of hospitals complained about the error in 2007 and sought repayment. According to court records, the error came to light in a May 2006 email exchange between a Medicare employee and a hospital consultant. In August, Medicare corrected the payment rates for fiscal year 2012. Federal officials didn't agree to settle the matter for prior years until last week. http://www.latimes.com/business/la-fi-0413-medicare-settlement-20120412,0,704796.story