UnitedHealthCare Launches UHC.TV Online Video Portal–To Include Celebrities Such as Doctor Oz To Promote Better Health And Try To Be Social

Ok so what’s coming up next, Aetna TV, Blue Cross TV, oh I could go on but funny that they got Dr. Oz involved here.  I like his show and sure sometimes he gets a little controversial with some of the topics but he does a good job explaining things at layman’s levels.  I would just rather watch his show, but the the article goes on to talk about all their areas featured.  I looked around the site a little bit and there are a couple of interesting  sections for education on Medicare and Health Care Reform and it will be interesting to see what material ends up in those sections and at least I didn’t see a “click here to buy insurance” link.  We are seeing United all over the place anymore and sometimes you see them and you don’t even know it with their huge army of subsidiary companies they own.  I cover a bit of that here under my “subsidiary watch” articles.  You can find the press release here.

“Additional programming will be added on a regular basis and communicated via Twitter at @myUHC. Viewers can sign up for real-time programming alerts when new interviews and videos are posted. Today, for example, Dr. Mehmet Oz, nutritionist Joy Bauer, professional athlete Laila Ali, reality TV personality Matt Roloff, and bestselling author Harvey MacKay are taping UHC.TV programs in New York City.” Back in December the company actually made the announcement with a press release very much like the one above except this was done for the benefit of investors in New York.  “The network and website were unveiled at the UnitedHealth Group Investor’s Conference in New York on Tuesday, Nov. 29. Help get the word out by sharing UHC.TV flyer with your clients and their members.” Next on the list is their Cloud and Apps Store which was announced not too long ago.

reimbursements keep going down from all the insurers.  With so many subsidiaries and now buying up physician’s groups there’s a subsidiary company to take care of almost any need when it comes to Health IT and with having about 3 different medical records systems available they are in that business to sell those too, along with all the analytics to sell the doctors that they might need to evaluate and run their business after contract rates get cut from the insurance side.

We also have this going on with United buying up physicians groups across the US and 3 big ones here in southern California.  It was funny not too long ago but this makes a case here as I was talking to someone from one of the physician’s associations and they said it’s too bad that Optum is 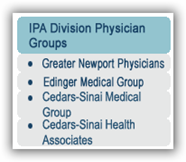 associated with United as they have done some nice things, but I guess he had no clue that Optum evolved out of the corporate structures of United and it just goes to show how folks, even in healthcare are oblivious to all the subsidiaries owned by other companies today and with the technology and payer sides of all of this somewhere along the line there’s going to be something come up with conflicts of interest as they seem to be way diversified and of course now everyone queries and sells data too.  They do their fair share of selling data and were one of the first that began this years ago with selling consumer prescription data.

With some of the recent news you wonder if they are going to buying up houses for rent as a few months ago this was in the news.

They have a bank with over a billion on deposit and that was as of a couple years ago so I don’t know what current deposits would be but assume larger.

the least and there will be every day people with videos on the site, but again the company was built and profits from analytics and that is one thing I don’t lose site of is their extensive work with algorithms and math that produce both “accurate” and “desired” results.  When you mention desired, just think back to 15 years of short paying doctors and patients without of network charges and the lawsuit that is

just now sending some money to the doctors who were shorted.  You have to go back to the “Ingenix” subsidiary for that news a couple years ago and the name  has now been changed to Optum .  BD

UnitedHealthcare is launching an online health and entertainment network Thursday with originally-produced content on health and wellness topics.

The health insurer's site, http://www.UHC.TV, will feature various content about nutrition, wellness, health reform and Medicare. It is free an available to the public.

The new programming comes at a time when health insurers are promoting their newest technological advancements, ranging from mobile applications to search for nearby doctors to websites that compare prices of medical services. http://www.courant.com/business/connecticut-insurance/hc-united-television-20120404,0,7035408.story