else finally touch this topic as with massive daisy chains of subsidiaries most consumers have a not a clue on how they function today and it’s not all about insurance as it could be Health IT for an example as UnitedHealthCare has 3 EMRS they sell through subsidiaries they purchased, plus their own CareTracker.  They also have a bank with over a billion or more on deposit.  Again search “subsidiary watch” here and you will find a wealth of information as well as searching by carrier name too.  Harvard was supposed to do a study and maybe they still are on the impact of mergers and acquisitions in healthcare.

This is a good article that addresses how “one

” subsidiary functions but hat is one of many and United by far is the biggest of all of them as they started analytics and risk management by the algorithms long before others even thought of it.  With the old Ingenix data base they had which low balled customary fees, all the insurers licensed it so they were making money both ways, but there are a lot of lawsuits out there.  They do own some “killer algorithms” out there for sure. They took the DOD to court over the Tri-Care agreement, it was all about those risk analysis reports. They recently hired the former Assistant Attorney General as General Counsel a few months back.  Where does that leave us?

in here so that folks who are buying services know when their money spent hits a corporate bottom line.  When you work around a lot of data, like I did a few years ago writing an EMR and integrating billing software with it you see a lot of stuff that the consumer would never see.  With the number of subsidiaries they have and with perfect conditions of winning every contract they company could start with their consulting services who help introduce a drug to the FDA and handle almost every step right down to MD reimbursement.

Of course this may not happen but there are multiples in here and they could secure enough of them.  A couple years ago they kind of muscled HealthNet out of the northeast in several states and purchased a lot of their agreements and clients.  What’s to say in the world of data today that the sales end of one company may or may not know about compensation reductions from the clinical end and then rush in with another subsidiary to sell them analytics.

Here’s another example of a new company they set up with clearinghouse services and who are they working with, Epic medical records.

I talked to an executive in healthcare not too long ago and it was kind of funny as he said it’s too bad that Optum had to be related to UnitedHealthcare so that just goes to show you that he had no clue on the history here and how Ingenix, who short all is now part of the Optum division.  They get a chunk of money from their Picis subsidiary who operates for example in many VA hospitals.

It was almost 3 years ago I wrote this post..the title is self explanatory and has more content at the link about subsidiaries.   I just don’t want to see small and medium size businesses go away and there’s a lot of that out there today.  Big business does data analytics and again search here and you will find a lot on insurer subsidiaries in businesses you would never even dream of.  VCs said not too long ago

that they combine data from very different kinds of companies so what’s to stop insurers other than HIPAA and everything is not covered by HIPAA.  United makes a ton of money selling your data too and has for years under the Ingenix (now Optum) subsidiary.

The one subsidiary that is kind of interesting is the China Gate company in China of course and they work on getting more Chinese drugs and devices in the US and world wide.

I don’t know but do wonder if this subsidiary helped get the cheap hearing aids over here now that are marketed and sold yet by another United subsidiary.  They make money here too and I’m kind of surprised that this incentive has not kind of irked the other insurers.

Who knows what’s next, maybe they might be renting houses next in the US?

Of course there’s been all the talk about buying up the HMOs and IPAs around the US and being in the OC I’m kind of right in the middle of a lot of that news and crying towels came out after listening to a few doctors and hospital CEOs because it’s such a huge chunk of business.  Up in Long Beach via subsidiaries they own and IPA Memorial Care and even I had a hard time keeping it straight on reporting it as it was with subsidiaries who owned another company that contracted to manage the other IPA, and I still don’t know if I got it right.  I spoke to one person at the IPA and even was confused he works there and the names and relationships were very confusing.

Again just use that Google Search Box and there’s 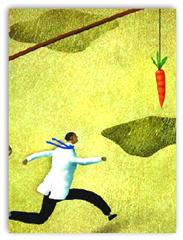 a ton of information here if you are curious about United and some of the others and all the types of companies they own and how they do business. Use the words “subsidiary watch” and they’ll all come up and many posts have more links inside the post with even more information.   In some parts of the country they even have pay for performance for pharmacists too who sign you up with the YMCA or one of their other wellness programs as they own a bunch of those companies too.

Again happy to see someone see the light here at one of the big papers here on how big and controlling this is getting to be and the key word is data and business analytics.  Insurance companies have

their share of Killer Algorithms too.  Aetna has had problems with theirs of late as well.  Scroll down to the bottom left of the blog here and watch the videos on how Algorithms affect your life and Professor Siefe explain how naïve we all are with numbers and there’s there on clinical trial data.  You won’t be a gullible again when numbers get tossed your way and search “Killer Algorithms” here too.  The

National Institute of Statistical Sciences took time out recently to write to me as well and said I was right on track with all the flawed data out there as well.

We don’t really know what information is being queried, compared and sold and in the world of data today we have a lot of flaws and data mismatches for the sake to sell more software, so keep your eyes open.  Read the article at the link from the Washington Post and come back and search if you want to know more.  BD

As insurers eager to add revenue streams convert themselves into diversified health-services companies, they often buy traditional business adversaries, including physician groups and hospital consultants such as EHR. They’re also buying technology companies and research firms that serve medical-care providers, raising questions not only about independence but about the privacy of patient information. UnitedHealthcare is often deemed one of the most reluctant payers. Hospital managers repeatedly give it the lowest marks in an annual survey by Revive Public Relations, a California firm that represents hospitals. Claims consultants such as EHR typically gain access to millions of patient records and confidential contracts between hospitals and insurers, industry officials say. If UnitedHealthcare, United’s insurance wing, gained access to that data, it would obtain “a huge business advantage” over insurance rivals as well as the hospitals, Kofman said. http://www.washingtonpost.com/health-insurance-companies-push-to-diversify-raises-concerns/2012/04/27/gIQAWoSkoT_story_3.html
Monday, April 30, 2012
Insurance , Medically Related