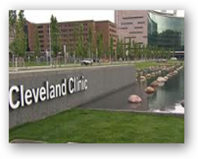 to sift down to what they need and where they need it without a huge amount of time and effort.  Memorial Sloan-Kettering made their announcement and their focus with IBM Watson is cancer.  In Los Angeles we have Wellpoint footing the bill for use at Cedar Sinai Medical Center.  The research of this is great to help treat patients and I hope that the clinical focus with IBM Watson stays at the front of the game and it doesn’t get diluted into a “payers” game with doing least cost routing and using algorithms to put patients and doctors where they would rather not be.

On the other hand let’s not forget where big data can work in the financials markets as Citigroup is also embracing the technology, more complex and complicated algorithms here and hopefully they won’t extend beyond Quant capabilities to make it even more difficult to understand as we see bank CEOs, like Jamie Dimon when asked about their business models saying “I don’t know”.  Right now this is the last thing we need is Watson becoming a computerized Quant and figuring out even more ways to get our money.

The human quants have done fairly well up to now and use a lot of fictitious formulas to create profits with “desired” results taking over where accuracy should be the front concern. More here on that topic is you want to dig in deep.

Again with a clinical focus and leaving the coding and money out of the picture IBM Watson can be a wonderful tool and too bad as I have said in several posts that our US Congress won’t use such a tool to make better laws and be better informed.  I guess they still see it working on game shows only.  There would be nothing better than to see lawmakers being able to use speech recognition together and getting all the “same” information they need and want, and then go to committees to work out the provisions of a law as right they just kind of stab in the dark and have a real lacking of the time and money it takes for IT infrastructure and don’t realize the “short order code kitchen burned down a few years ago”.  Watson can process 200 million pages of information in 3 seconds.  Maybe that’s moving too fast for those folks in DC:)

If you read the news today how many stories, and there are tons of them with coding, billing and reimbursement thus if one leaves the work of Watson to research and clinical areas without that mess, we might have some good intellectual break throughs.  I commented on that a while back as when you have multiple layers of new code running through the machine does what it learns and is taught and you run close of getting to a bottomless pit at times, but again for research and clinical use this is a good deal. With medical students using the system and asking questions, the algorithms of Watson will get smarter. BD

The announcement was released early this morning by IBM and the Clinic and will be followed up at the Cleveland Clinic Medical Innovation Summit today with a 4 p.m. panel discussion on the role of Watson in the future of healthcare.

Nobody expects the giant thinking machine to graduate in a few years, don a white coat, walk into an operating room and perform surgery.

The goal is to fill Watson's brain with journal articles, conference papers and more medical research than any human could possible cram into his head, then have it come up with a list of possible diagnoses to help doctors make better, faster, more accurate decisions about how to treat their patients. "This is the next big challenge for Watson and IBM," Mehta said. "They have built a second-generation software and they want us to help refine these algorithms to help Watson build its confidence in its answers."

Lerner's 160 students and Watson will pose questions to each other to help the computer become a more analytical thinker, refine its ability to generate hypotheses, rank those hypotheses and come up with answers.

"Every question that is asked is going to help Watson," Mehta said. "He's going to say, 'Oh, this is how humans think.'