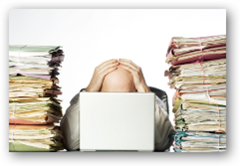 When ACOs first came out, really nobody quite knew what they were and the structure but all knew they should join one as all were about saving money with good care.  Now we have some folks either wanting to jump ship or move into another program with fewer penalties and no incentives, kind of takes the pressure off.  You really can’t blame them as the business models of insurers almost change by the hour and contract and compensation are hard to nail down.  Also too the Supreme Court made a big announcement whereby doctors can now work as groups with litigating billing or contractual agreements.  It doesn’t have to be the big corporation against one doctor any more as what had been in most contracts.  Also, ask any patient what an ACO is…see what answer you get.

It costs money to be in the ACO game as well and software investments that are expensive are right in there, so some may be looking at additional expenses there in addition to what they already have to care for patients.  I don’t know if this means anything or not but back in April of 2011 I wondered if the incentives were going to be eaten up with software expenses (link below)…and if that’s the case then “get me out of here” (grin).

Some of such software is sold by subsidiaries of health insurance companies anyway so if that’s the case on some of the expense, then no use in double dipping insurers for additional profits I think is the way most doctors would look at it. You may have a tough time though figuring it out as the SEC has some rules issues that don’t allow for tiered subsidiaries to all be listed, called the vanishing subs and why I continue with my “subsidiary watch” posts to help connect some dots.  The link above is actually a real good story that helps explain how a United Healthcare subsidiary slipped in to get the Federal Hub data contract.

It was just back in December of 2012, last year that CMS (link below) was looking for yet another vendor to verify qualifications for the new insurance exchanges so I guess that United Healthcare subsidiary didn’t have enough code writing algorithms  together after all and now we have yet one more contract.

Just before the recent Medicare website update, CMS and the Inspector General were politely duking it out over data on that website.

Ok so let’s come back to the ACO, we probably have a better idea of what they are now since time has gone by but models and math are all over the place and granted hospitals and doctors are overall putting their best foot forward but until CMS and Medicare gets this impossible inventive issue out of their head and remove some of the complexities, white flags will be showing up all over the place because it’s not worth it with time, money, buying more software and CMS can’t possible create a “fair” incentive system to serve all.  It just is what it is.  Certainly there are some things that can be modeled and evaluated but not with the complex care system we have out there today.  It’s all about context and with that statement watch the video below and see how models and math are created and applied.  See if there’s some Algo Duping going on with way too much dependence on some of the studies and numbers you read.  (If you want to see more scroll down to the footer where I have this video and a few others that help educate on models, math and algorithms.)

I like good data and how it makes me smarter but we have this “building” thing going on here with putting layer after layer after layer of algorithms and analytics on top of each other and it’s going to blow as we might need a better model and eliminate some of the expense.  Half of all analytics purchased will be a waste of investment and that goes for healthcare too.  Let’s get the good half with fewer layers going here and make it easier for doctors and hospitals to tend to their clinical care.  If all of this isn’t bad enough well buy some more software in the form of reinsurance for your expensive ACO.  I wonder if anyone “really” bit on this one?  Gosh knows what the claim process would be to collect (grin)….as one would have to meet all the parameters of their algorithms to collect.

Worried If your ACO Is Going to Be Too Costly? HCP Offering Accountable Care Reinsurance–Once You Figure Out What Your ACO Model Is…

Data Platforms were supposed to simplify things and make it easier to create meaningful analytics and software but what we are seeing is a lot of the reverse, a bigger market to sell software and analytics and project management has vanished by the way side in a lot of this.  Yes, so if the software and analytics required to participate in an ACO cost too much and requires extensive training,  sure there will be folks dropping out looking for a better way that doesn’t soak them in expenses to potentially not get fined and earn some small incentive payment.  If you watch the video above, you will understand what I am saying completely.  BD

Medicare's most ambitious test of accountable care could lose a substantial number of its participants after the first year.
As many as nine of 32 Pioneer accountable care organizations—the name given to Medicare's first and highest-risk test of the payment model—may exit the program, according to the CMS, and at least four have started to notify providers. At least four of the departing ACOs tentatively say they will join Medicare's lower-risk ACO alternative, the Shared Savings Program, the CMS said.
Pioneers must decide by July 31.

By contrast, ACOs in Medicare's Shared Savings Program may choose an option with no potential for financial penalties for the first three years. The program is larger, with 220 ACOs, and is expected to expand again next year.
Whether all Pioneer ACOs would continue with the initiative has been in doubt since February, when providers challenged proposed benchmarks for quality performance in the second year. CMS agreed to revise the benchmarks, but negotiations between Pioneers and the CMS continued and talks were not limited to the quality debate.

By contrast, ACOs in Medicare's Shared Savings Program may choose an option with no potential for financial penalties for the first three years. The program is larger, with 220 ACOs, and is expected to expand again next year.