Home » Medically Related » My Commentaries » Technology » Recommended Reading: “Where’s the Outrage Over Private Snooping?” “The Killer Algorithms Have Teeth & Don’t Care Who They Might Bite

If you read here often enough I talk about privacy and technology quite a bit and in view of the recent NSA issues, you might want to read up here and see what someone else besides me with a full line of credibility as a

Quant and Mathematician has to say.  I have featured Cathy O’Neill’s videos here on the blog and one of her PBS videos is in the footer of what I call the education section here to help folks understand what’s going on in the world and the impact of technology today.  It’s not like the old days.  Here’s a couple quotes from what she writes but again read the entire article I think so really dig in here.  When you read the article entirely, she talks about E-scoring which I covered here about a year ago.

“What gets to me are the countless articles that make a big deal of Facebook or Google sharing private information directly with the government, while never mentioning that Acxiom buys and sells from Facebook on a daily basis much more specific and potentially damning information about people (most people in this country) than the metadata that the government purports to have.

Of course, we really don’t have any idea what the government has or doesn’t have. Let’s assume they are also an Acxiom customer, for that matter, which stands to reason.

Theory 6: people just haven’t thought about it enough to get pissed

This is the one I’m hoping for.

I’d love to see this conversation expand to include privacy in general. What’s so bad about asking for data about ourselves to be automatically forgotten, say by Verizon, if we’ve paid our bills and 6 months have gone by? What’s so bad about asking for any personal information about us to have a similar time limit? I for one do not wish mistakes my children make when they’re impetuous teenagers to haunt them when they’re trying to start a family”

I come back around to the same old world again “context”

that myself and others in the tech field use quite a bit as you can take data out of context when trying to prove a point and thereby, even innocently, create a profile that looks not so good.  In healthcare we see this quite a bit with studies even when looking a trending numbers with numbers projected off some model, “what model” we should ask and was the data provided to simulate?  Some do and some don’t, but if it looks like it will get attention, it’s wide spread throughout the media.  Sometimes it’s hard to tell the difference…the news is full of them.

Namely you can maybe look at the language used with obesity and certainly it needs focus but not to the point to where those who need help are given an “evil twin” type of description and if it isn’t this group it is those who are sedentary.  Sure it all need attention, but reflected more in the area of making education available to help those who need it and not an evil twin type of commentary we see at times today for the sake of marketing or making a buck flipping some profitmaking algorithms.

So she asks a good question in her last theory, is everyone mad enough yet and ready to face what is happening in the digital world and ready to really ask for “real privacy?  Are these proprietary algorithms becoming law?  It is starting to look that way.

I have also posted about our Congress needing a bigger brain to create laws that address the digital world today and without an IT infrastructure spelled out for regulation then you don’t get much bang for you buck.  We could certainly stand for better educated officials on the Hill that we elect. The comments I read in the news made by folks on both sides really showed a need for more digital education with lawmakers, as none of them really “got it”.  I would really much rather see a group of lawmakers work to educate themselves better rather than the rhetoric about abortions we waste time on.

Instead we get this (link below) and all wondering about where’s the manufacturing in the US, easy, too many are flipping data selling algorithms for profit and manufacturing gets the back seat.  It is an epidemic.

Also, the re-identifying business is alive and well and this should be be a huge surprise as we read about hackers day in and day out, just a new form in a matter of words and only the “Query Master” knows for sure.

Not enough yet on the profit side of this, here’s one more where SAP is ready to take the Verizon data they announced they would sell and reorganize it with some algorithms and sell it, and split the profits with Verizon…enough yet?

So in essence it is not only the NSA and privacy at hand here, it’s the efforts of private industry that make this happen and they profit big time.  You have probably read in the news that Booz Hamilton makes all their 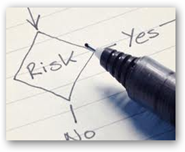 billions from government profits..it’s been all over the news, so give this some thought..and I’ll finish here with once again re-stating my 2 year little campaign on this blog about licensing and excise taxing the data sellers who cash in big.  Private Industry is totally out of control here with the data selling epidemic (one example here) and thus so follows the government in some of of this.  I have no clue why our Consumer protection agency needs to build a data base, I guess so Richard Cordray can learn..better move here, hire some Quants:)

Laws for privacy will fail without an IT infrastructure specially lined  out for regulation and data used out of context stands to be one of the biggest attacks on consumers that we have ever seen.  Here’s a couple back linked posts where I talk about this potential idea.  BD

What makes the NSA story news worthy is the fact that I think you have someone working not even at a real high level position that has basically turned the tide without being destructive with dumping data out there to create a witch hunt and telling us all what he can do with a low level security clearance and all the data he has access to.  Anyone getting mad yet?  If not scroll down to the footer for some good videos that are very informative on data mechanics for the layman and visit the Algo Duping page with more vides done by people smarter than me that carry the same message.  PBS also did some very good reporting on Secret America and might make you ask questions, and the interviews with the FBI and NSA are very good for historical purposes on how this evolved.  We live amongst the Killer Algorithms for sure.  BD