The FDA panel voted against the drug and it is unusual for the FDA to approve a drug that does not get panel approval.  Was it due to the fact that there 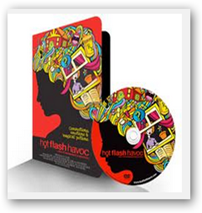 was no non hormonal drug out there for hot flashes?  It supposedly met the goals in clinical trials but those who voted against it said it was only minimally effective.  Does it do better than natural black cohosh is the question that comes to mind.  So I guess if one is on Paxil that has the same active ingredient, you could be getting a double bang for the buck?  We do know that hormones work but they also have their inherent cancer dangers as well.  If you want to learn more about hot flashes scroll down and check out “Hot Flash Havoc” and you will learn a lot.  It costs a few dollars to view but worth it.  I did an interview with the producer a couple years ago. BD

The first nonhormonal drug to treat hot flashes won approval from the Food and Drug Administration on Friday, offering a new alternative to menopausal women.

The move was surprising because an advisory committee to the F.D.A. voted 10 to 4 in March against approval.

The treatment, which will be called Brisdelle, was developed by Noven Pharmaceuticals and consists of a low dose of paroxetine, which is used at higher doses in the antidepressant Paxil.

While the F.D.A. does not have to follow the recommendations of its advisory panels, it is highly unusual for it to approve a drug that receives a strong negative vote. Committee members who voted against it said while there was a need for a nonhormonal therapy, Noven’s candidate was only minimally effective.

The agency did not explain why it went against the panel’s recommendation, saying only that it viewed Brisdelle as a useful treatment that had met its goals in clinical trials.