One of the Medicare “Most Wanted” Arrested In Los Angeles

This speaks pretty well of the Most Wanted list for catching those committing Medicare Fraud.  Medicare is now using software

as well to help identify patterns but sometimes a combination of both old and new technology gets the job done.  As you can read below efforts are coordinated with Interpol via the Inspector General’s Office.  In 2011 the list was created.  This fugitive went back to Korea and upon his return he was caught at LAX.  The most wanted list still has about 170 fugitives on the active list.  BD

One of Medicare's most-wanted fugitives, a former clinic owner in the Los Angeles area, was arrested on his return from South Korea, authorities said.

Authorities said Lee was an acupuncturist and owner of two medical clinics in Huntington Park who billed Medicare for $2.1 million in false claims and got paid about $1.2 million. 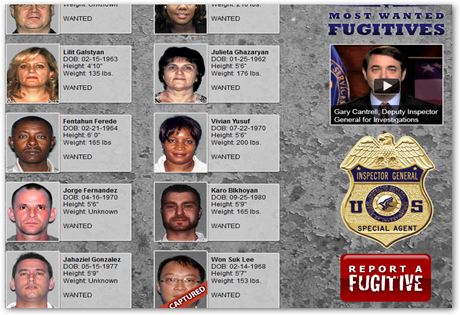 “Since launching our most wanted list in February 2011, we’ve caught 41 fugitives,” said Steve Ryan, assistant special agent in charge in Los Angeles for the U.S. Department of Health and Human Services' inspector general. “Our Office of Inspector General fugitive operations are worldwide, with one of our senior agents stationed full time at Interpol to coordinate international investigations.”