This company has more subsidiaries than Carter has pills.  Due to doctor and patient complaints on referrals, the DOD is keeping a close watch and United said they are getting things in order.

Well moving a CEO from one subsidiary to another should do it, right..not really it’s the automated algorithmic processes that need to work but to show they were addressing the situation they moved people around.  I was not aware of the UnitedHealthcare Military & Veterans Inc. that was created just to go after Tri-Care contracts..and they did..they sued the government in a long drawn out affair for the west after they lost the bid on the south portion of the Tri-Care area of the US.  If you read more about the LHI subsidiary maybe this had something to do with the lawsuit as it also is contracted to the military and the VA and they wanted LHI and Tri-Care to work with both subs?

The company is moving a person over from the LHI United Subsidiary over to the Military and Veterans subsidiary.  The LHI subsidiary of United conducts VA DEM

disability exams and is looking for more doctors to enroll in the program and they have a website set up to where the exam information is entered (one more thing for a participating physician to learn) and the results are populated directly to the VA records via the web service, so I guess this means that this subsidiary of United can populate a VA chart?  It sounds that way from what I am reading here.  So in addition to Tri-Care services, United also appears to be making money with the VA and other areas of the military with the LHI subsidiary in having a contract to help the VA catch up with their disability claims.

From the website it appears the government is one of the main clients of LHI (or maybe the only one) as the company comes in and does an “event” on location for physicals, etc. for the military.  You can read more about this United Healthcare subsidiary and their services they provide to the VA here with their contract to provide clinical disability exams for the vets.  I swear this company with their subsidiaries is every where getting a part of the action and in the world of insurers, do we have a too big to fail company here?  The corporation has board members sitting around all over the corporate world too and some come from subsidiaries. 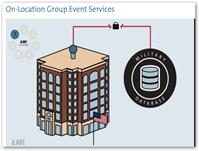 The military has given United another month to address the problems with the United Healthcare Military subsidiary and has until June 18th to clean things up or United could get yet another extension.  BD

Tina Jonas, a former undersecretary of defense now presiding over a UnitedHealth Group subsidiary called Logistics Health Inc., will take a newly created position of president at UnitedHealthcare Military & Veterans, said Bruce Jasurda, the company’s vice president of communications. The company did not name a CEO.

UnitedHealth formed UnitedHealthcare Military & Veterans Inc. in 2007 specifically to go after Tricare contracts. McDougal, who has been working at UnitedHealth since 1983, was originally named chief operating officer. She became CEO in early 2008.