This was a bit of news to me but as the article states the FDA has the final approval process to make sure there’s no new products on the market that could cause any additional health concerns.  They have 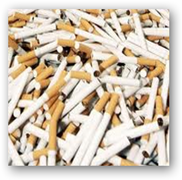 around 4000 applications for products that claim to be equivalent to other products already on the market.  Some companies have been waiting for over 2 years for an approval.

As I read this we are talking about products introduced between 2007 and 2011 to be ok and sold pending a review by the FDA, so I would guess any product that was on the market prior to 2007 is grandfathered in essence.  500 new products have been submitted since 2011 and they can’t be sold until they have FDA approval.  I guess this is a good thing and perhaps with all the new products, etc. that appear today maybe this is a good idea to make sure something odd doesn’t get out there for consumers so now all the ingredients appear to be verified.   BD

The Food and Drug Administration on Tuesday began using one of the key powers Congress gave it under the landmark 2009 tobacco-control law: Final say over which new tobacco products can be marketed and sold to consumers.

The Family Smoking Prevention and Tobacco Control Act gave the FDA broad authority to regulate everything from cigarettes to smokeless tobacco. Before its passage, companies could introduce new products without the blessing of any federal regulator.

The FDA said it had approved applications for two types of non-menthol cigarettes made by Lorillard after determining that the cigarettes, while slightly different than previous products, wouldn’t pose new public health worries.

“This is an historic step forward,” said Mitch Zeller, director of the FDA’s Center for Tobacco Products. “Today is the first day that a regulatory agency anywhere in the world has made a science-based determination, on a pre-market basis, that a product either can or cannot be marketed.”