Well, if you read the link below and remember 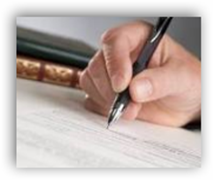 the people who died not being able to get transplants in Arizona due to no money in the budget, well that kind of says it all.  Looking at the reality versus a GOP OMG Soap opera is much more music to the ears for sure as last week even some members of Congress were even talking about eliminating food stamps.

It is time to come to grips and see the world and country as it is today and realize that technology has taken jobs, other jobs pay less, people are working harder for less.  The rich folks at the top just can’t see this but if you look around in any city there are hints everywhere.  After a while it just doesn’t feel good to keep depriving those who have been caught with less due to ban bank behaviors and hopefully others might develop the same focus.  BD

We were all so adamant that we didn’t like Obamacare. We fought tooth and nail. But there comes a time, and you have to look at the reality. You have to do the math,” Brewer told POLITICO in a phone interview. “I did not make this decision lightly. … It’s not only a mathematical issue, but it’s a moral issue.”

Brewer, in contrast, has made a campaign-style push. She has held rallies with advocates who typically battle Republicans, given speeches, aired commercials and traveled the state pushing the message. Her spokesman, Matthew Benson, said an outside coalition, including the state hospital association, has helped raise $1 million for the effort with Brewer’s encouragement

Advocates for Obamacare see Brewer’s support as pragmatic, a choice they say any governor would make if politics were taken out of the equation. Brewer’s office estimates that accepting expansion will restore coverage for 240,000 people frozen out of Medicaid for lack of funds in 2011 and extend coverage to 57,000 more.

Thursday, June 06, 2013
Medically Related , My Commentaries , Other Items of Interest