Home » Insurance » Medically Related » My Commentaries » Technology » SEC Rules Ask for Disclosure Only When Subsidiary Operations Are “Significant”-Was The Federal Hub Contract Awarded to QSSI Not Significant When the Company Was Bought By United Health Group?–Subsidiary Watch

I think we need a new meaning to the word “significant” as it may not be significant today but it could be tomorrow.  There are others besides Untied Healthcare doing this as mentioned in the title like Google.  But I have read on the web about many others asking why all the secrecy with the Federal Exchange Data Hub?  There was also the scuttlebutt about how the contract was awarded and how 2 weeks later it was bought by the United Group conglomeration.

I have said this many times that the daisy chains of subsidiaries is important as the dollar value may not be there to qualify as a “significant operation” but the data does.  I read articles to where HHS reported this to the S

EC after the presidential election and others to where United said they were not required to report the purchase to the SEC and it looks like they were right under the current explanation of “significant operations”.  As I look at this having the contract to develop the Federal Data Hub that all state exchanges will connect with, as well as the IRS, Social Security, Immigration and more is a “significant operation” especially when the Inspector General is all over them for having the same issues that Booz Allen had in the news with USB drive security.  A contract is awarded and 2 weeks later the company, QSSI is sold to United.

I was reading another great blog, mathbabe and Cathy was good enough to point out this article about the SEC rules and what is also important here along with not knowing the tools that are working under the hood is the fact that this issue also is the crux of what allows companies to stash money overseas and avoid taxes.  Cathy made a very good point on who being the winner as far as trying to stay off the radar, it’s not individuals, it’s corporations, the very companies that create some of the data to catch everyone they can who’s on the radar:)   So what does the NSA do about that?  Not much it appears if they are collecting and analyzing all the data they say they do on foreign interests. 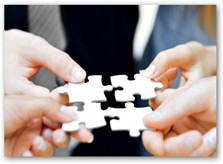 by owning subsidiaries, I try to keep that up front so you know which big conglomerate profits at the bottom line when you do business with one of their subsidiaries.

This has evolved into more than just a shell game and especially when it comes to data.  A few years ago I read an article where a bunch of VCs said of their portfolio companies that they were going to query and manage data from different industries (meaning the companies they manage) and really come up with some powerful business intelligence and then the by product that comes along here too with data or so called analytics to sell.  Don’t get me completely wrong as there’s good stuff out there too but if you follow the money you can kind of figure the direction of where the next big money making queries will be written.  We don’t k know if big conglomerates are sharing and querying data to have an edge for one example over a competitor or to write a shabby mocked up non linear report to justify something they want to do to make money that nobody checks.

Ok so back to QSSI, not “significant operations” as the SEC rules stand now?  Their project may not have the money impact but it sure has the data and security impact to be significant.

Rules need to change for more reasons than one as I for one would like to be able to look at an SEC filing and see all the subsidiaries and their “daisy chains” of companies (aka tiered subsidiaries) owned by the subsidiary as well as what’s directly a subsidiary of the parent company.  I think investors would like to see this too.  You may never see the “sub of a sub” on some listings.  Sure, investors may ask more questions as they should as to what’s being done with their money and what’s the board doing?

Bottom line here is the lack of transparency as either as a policy holder or as an investor there should be a listing with the SEC that shows every subsidiary and the subsidiaries of their subsidiaries.  We are getting less and less information about what corporations do today and especially less of what they are doing with their data.

The secrecy of the Federal Data Hub being built by a health insurance subsidiary sounds like a good place to start, again as others all over the web are asking the same questions, why all the secrecy.  BD

The vanishing subsidiaries don't stem from asset sales or corporate restructuring. Companies across industries say they are taking advantage of Securities and Exchange Commission rules that demand disclosure only when subsidiary operations are "significant."

One result of the change is that the companies limit information about offshore operations, in particular units operating in countries regarded as tax havens.

For many investors, even small disclosures matter. Information about a company's subsidiaries provides a gauge of whether its operations have grown or shrunk, how complex the company may be and how it may be generating or shifting income around the globe. The lists of subsidiaries are the most easily accessible and reliable source for such information and are often used as a starting point for researchers studying how a company has structured itself to minimize its tax burden.

In its 2009 annual report, Google reported more than 100 subsidiaries, including 81 overseas in places like Bermuda, Hong Kong and the Netherlands Antilles. Over the past three years, the number dropped to two units—both based in Ireland. A Google spokesperson said the company is in compliance with SEC rules regarding the disclosure of subsidiaries