In addition another $618,633 in grants was awarded in grants to health 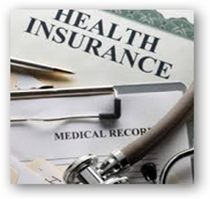 centers.  Total Vermont has received is over $168 million for the creation of the state run exchange.  17 states total including California are running their own exchange.  Colorado just got another $116 grant too.  Just as I assumed the Feds have done with the Serco contract, Vermont also has a contingency plan in place to manually handle the applications in case the IT system are not ready or have issues.  We all expect that of course as nothing this size has been attempted before and nobody knows how it will work and where the glitches will be.  Here’s the new contract HHS just doled out.

They had to go back and ask for more money as original estimates were short and this is not their fault, it’s the world we live in today and way too many out there don’t realize the time and expense this all takes.  Hats off to all those putting in long hours to get this to work for sure.  I read an article too about Connecticut on the same issues, long hours and constant changes, which can’t be helped.  I look at Vermont being a small state and compare that to California and who knows how it will all come together here but there are more folks working on it just due to size and population.  I do look at the state’s failure though in 20 years and millions spent in not having a replacement payroll system yet.  That black eye has been hanging around a long time and the old COBOL system keeps running.  The same legacy COBOL systems are in place with the Feds at the IRS, Homeland Security, Social Security and more.

It looks like all will have call centers at both state

and federal levels so one way or another, with or without the technology the open enrollment looks like it’s going to open on the first of October.  Meanwhile the “silly” politics and time wasters are at work investigating why some of the delays are taking place and the IT infrastructure is not there yet for the employer portion; however, this delay also did open the question of having the delay for everyone, which may not be a bad idea but again time will tell as there’s not the IT infrastructure reporting issue here I don’t think.

House to Investigate Decision To Delay ObamaCare Employer Mandate, Come On Guys It’s IT Infrastructure Not Completely Ready, Other News Said that In So Many Words…

Really hats off to all working on the exchanges as this is a huge feet but again would it not be a lot easier if we just had insurers who could build models that were easier to work with?  Every week without fail someone writes about the complexities of insurers so this is not new. This is a lot of the problem as their business models change daily for profit margins, just like the algorithms on the stock market and perhaps someday we might have folks that are more in the know with what happens on the other side to do battle.

Right now sadly it looks like models from the insurers have increased profits, added more government income via contracts and basically they outsmarted the government on the formulation of the entire IT infrastructure of the entire law and now we are out tossing money right and left to make it happen.

Do you see insurers plopping any money out there to make this happen?  I have not seen much yet other than the Walgreens and Blue Cross announcement.  Let us not forget the federal exchange is being built by a subsidiary of United Health care and if you think you know insurers today, then think again if you are not looking at the huge tiered number of subsidiaries they operate as that’s where all the action’s at.  United creates a subsidiary to go after Tri-Care business only and I guess the model included suing DOD if the needed and they did.  Big money made there.

Math models allowed this to happen

and nobody ask for any accountability as they hate math I think:)  Study says it gives people physical pain:)  See link below for information from PLOS One. Must be a lot of pain in DC these days.  BD

Vermont is one of 17 states creating its own insurance exchange, and this is one of five major establishment grants Vermont has received to date. CMS numbers show that the Feds have given Vermont $168.1 million to get the state’s exchange up and running.

“We went back and asked for additional funds because the total cost had exceeded our original estimates,” he said. “When we requested this grant, we had all of the contracts in place and had negotiated the final price, and before we were guessing what it would cost to build something that we had never built before.”

The money will go to contracts for an exchange call center and premium processing, as well as to contingency planning if certain portions of the state’s massive IT systems are not up and running by Oct. 1, when the exchange must open.