Home » Insurance » Medically Related » My Commentaries » Who’s Going To Verify Income With Insurance Exchanges, HHS Gives Contract to Equifax To Do So and CMS Says the IRS Will Do It Via the Hub, But When..Contingencies Maybe?

Who’s Going To Verify Income With Insurance Exchanges, HHS Gives Contract to Equifax To Do So and CMS Says the IRS Will Do It Via the Hub, But When..Contingencies Maybe?

I have tweeted this a couple of times but when you read news about both it does make one wonder…who’s going to do the verification work.  I blogged the Equifax news at the link below that says this will be done in real time.

Quote from the New York Times Below…

“Federal officials said they would rely on Equifax — 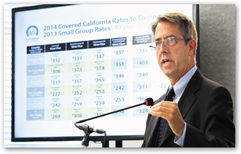 a company widely used by mortgage lenders, social service agencies and others — to verify income and employment and could extend the initial 12-month contract, bringing its potential value to $329.4 million over five years. “

Now over at Bloomberg we have this:

So when the exchanges open, which process will it be?  Maybe even the IT folks and the folks over at the United Healthcare subsidiary building the federal hub don't know yet.  We have heard many times that he hub is a device to aggregate data and not build another data base but hey we don’t know if anyone out there is caching this either, they could be.

Navigators are going to have access, so again access to what portions one might ask.  I can see Equifax being a back up or contingency effort for sure as we all don’t know if the legacy Federal COBOL servers are going to be able to scale.  Smaller efforts where the demands are not as big such as working with a few hospitals with social security exchanges have been around for a short while.  One think to keep in mind though is this is yet another resource connecting to the service and adds to the number of records being accessed and what the demand and actually time served will be.

Social Security already has their own debit card IT infrastructure too, so again the additional information strain that will be put on the system may not really be know until it’s turned loose in the real world.

Ok so back to the IRS COBOL system, does it scale?  COBOL eventually runs out of room when it can’t scale any further too.  I’m sure all the federal agencies have this on their radar as they might start turning to private clouds in time, again with the proper security built in.  All of this takes a lot of time the money though.

When it comes down to set a time limit for testing, well if you work in tech one will say there’s never enough time and even when it goes live, you are still testing.  In California, the exchanges have a new issue, find another small business insurer as WellPoint said goodbye so 49 states as I understand it now still have that option but our insurance commissioner wanted them banned so maybe they just left on their own?

Ok so coming back around here the answer may not be available yet as the IT infrastructure is work in progress all over the place. I really do get a kick out of the non tech “cheerleaders” like Nancy DE Parle and a few others walking around saying “the IT infrastructure is complete and ready to go”..it makes tech folks hold their sides with laughter. Why say that when it’s not true and keep the public updated as it really is…don’t lie…but people running agencies who don’t have some inkling of tech in their background go off, like so many politicians do and make these statements, again it’s better to tell the public the real story and not fabricate.

It’s an age old story of tech folks lying to no tech folks and has gone on forever as when the knowledge levels are not equal the tech folks can tell any old story.  Here’s what I said about HHS back in 2009…where I hinted at academia may not always be the best answer and that Health IT would eat these folks up, and it has, especially the insurance industry.

Where’s the business intelligence other than being a cheerleader?  We need those too buy their stay is not always long term, look at Aneesh Chopra as he was a good cheerleader but when it came time for the “real smart folks” to come in, he left which was a good decision and he couldn’t even get elected in DC at folks preferred the doctor running against him.

It will be interesting to see how this rolls out and the over confidence of the politicians is staggeringly humorous in the meantime, just give the pubic “real” updates.

Is it the IRS or Equifax?  It’s only our data and inquiring minds want to know.  Visit the Algo Duping page for some really great videos done by people smarter than me to learn how IT infrastructures and how math works with it in creating our complex systems. 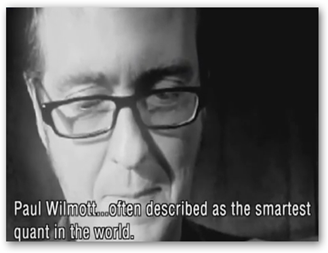 only with little or no balance with ethics and the real world.  Remember all the complexities here are built around the insurance models created by the health insurance industry though and if you think they are just about insurance anymore look at the hundred of subsidiary companies one of them, the one creating the federal hub and frankly the insurers are going the same way as the banks with too big to fail and again the exchange projects sadly show how bad the government needs to learn more about banking and corporate math as right now we have money and contingencies that give an appearance of a bit of a panic attack per se.  BD