Nationally Blue Cross/Blue Shield was the one national choice that was to be available on all exchanges but it seems we have a change of plans, but California is still at work with finalizing the list so we might guess another carrier might come in to this space.  Small business

California Insurance Exchange Starting to Look Pretty Blue as Aetna, Cigna and United Have Announced They are Not Participating

The California Insurance Commissioner recently was hammering on WellPoint for their rate increases so one might wonder if this had anything to do with their decision as he demanded they be barred from the small group market, so maybe they just decided to leave on their own.  It only takes 3 employees to start a private exchange as you can read in this back link.   There are over 100 private exchanges in the US.  Doctors in California who see patients with Blue Cross exchange insurance will be reimbursed at about 30% less than those buying a policy elsewhere.

We already know that Aetna and United Healthcare pulled out of California completely with the exception of employer provided insurance at the end of this year.

In the meantime, if you want to dive into even more 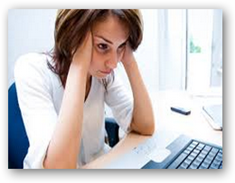 software here’s yet one more offering from WellPoint if you are a business with 100 employees or more, as a company you can stick employees with one more website to use for analytics so they can just get a simple office visit and know every last penny of what the cost will be and the company can cap what they want to spend on many procedures and treatment..  Wonder why insurance is so costly with all this software, oh those 3rd party business consultants and associates that figure more ways to put the consumer in front of a computer screen to just get their healthcare taken care of.

By the time all different sectors of business piles on another site and holds employee responsible for a choice it takes up a lot of time.  Those in DC and with wealth don’t have to mess with this and thus we end up with 84 senators who can’t even use the electronic filing system available to them at the Senate.  John Kerry though a few months ago did say it was ok to be stupid so they took him up on it:)

So stay tuned and see what the state of California announces on the next round and I’ll try to make sure I keep the news rolling.  BD

Anthem, a unit of WellPoint Inc., is California's largest insurer for small employers. The company's surprising move raised concerns about the state's ability to offer competitive rates and attract businesses to its new Covered California exchange that opens Jan. 1.

Friday's disclosure made Anthem the first big insurer in California to publicly pass on the small-business pool. Some other big names, such as UnitedHealth Group Inc. and Aetna Inc., have already opted out of California's larger exchange for individual consumers.

Anthem's decision in California underscored that the small-business exchanges are the most susceptible to a lack of interest among insurers.

One concern for health insurers selling in exchanges is that too many customers with big medical bills pick a certain company and it absorbs a higher share of the medical costs among that population.