Home » Insurance » Medically Related » My Commentaries » Technology » Obamacare Health Insurance Exchanges “Will It Blend”….Cobol Lives On With the Feds

blender to see if it will chop, even IPhones.  The insurance exchanges are starting to remind me of those videos of late.  For once at least I find myself agreeing with Gartner on their opinion expressed in this article as it’s the truth with the time and money for IT complexities today.  Gartner says….I like the timeline reference here too as this was one of those deals where the non tech set the times and the old IT grunts have to meet it…(in so many words if you will).

"Nothing like this in IT has ever been done to this complexity or scale, and with a timeline that put it behind schedule almost before the ink was dry," said Rick Howard, research director at the technology advisory firm Gartner.

I say that because the tech and IT folks are very intelligent and never get to be up front in the decision making processes and you can hear that also from Quant Cathy O’Neill on how it works on Wall Street, same thing, tech folks are just those very intelligent grunts running around out there that make all of this happen in the finance and some of the health IT areas (grin). 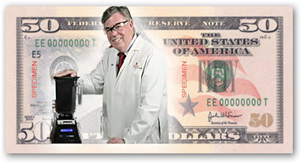 some in that area as we watched the US react like they were trying to catch James Bond with all you read in the press and the OMG affect, and he’s just a tech and systems administrator who doesn’t think at all like the spies we see in movies, he’s rather one that is just educating on the spying methodologies used and where and so far has not exposed any deep dark secrets, only the software and systems used with small documents that substantiate it.  That’s why very few in technology consider him a spy in essence, we all query and write code and understand how much power it has.

GAO has been a little nervous too with QSSI (a subsidiary of United Healthcare) who’s building the federal hub and their security and more on how that somewhat occurred here with some rules from the SEC that kind of let this roll under the carpet with United buying QSSI two weeks after the contract was awarded.

Below is an example (at the link) too of how so many don’t understand the complexities with HHS Director Sebelius stating publicly “hurry up Health IT” and well all IT people would like to do that too but it’s just not possible.  She’s not alone though and this is kind of what we get stuck with in the media from those who have little or no tech or IT in their backgrounds.  Tech folks just shakes our heads when we read such and say “what’s next”…(grin).

Also from the article is this:

“These federal computer systems have never been connected before, so it's anyone's guess how well they'll communicate.”

This is actually a pretty good article below as those who are doing the work and understand IT Infrastructure are doing the talking here…aka Reality.  This is of course what we all worry about, the “context” of how the data is viewed and analyzed and used, no doubt about it.and the link below has a great video with NASA and others in a forum talk saying “what are we doing with big data”

Legacy systems mentioned here are the IRS and Social Security still running Cobol which is pretty solid but can’t always scale to where it’s needed.  IRs still is looking to hire a bunch of COBOL programmers 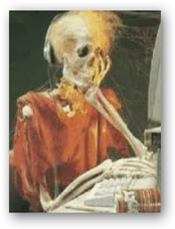 , 21 vacancies here alone, and how many under the age of forty will they find:)  Yes indeed “will it blend” is the question.  We shall see how this all works out on the consumer timelines and perhaps you might be waiting a few days for your answer, depending on how fast they can crank up those mainframes.  Maybe they should have hired tech from Wall Street to do this, they have the speed thing down to a science, although the models they use are some what if not totally corrupt:) Read below and use the link at the bottom of this post to read the article in it’s entirety, its done very well and very logical as well as hits on the reality of what we are building.  BD

What Karjala, the chief information officer at "Cover Oregon," does worry about, however, is what will happen if the entire population of Oregon - 3.9 million - logs on that day "just to check it out," he said. Or if millions of curious souls elsewhere, wondering if Oregon's insurance offerings are better than their states', log on, causing Cover Oregon to crash in a blur of spinning hourglasses and color wheels and an epidemic of frozen screens.

Multiply that by another 49 states and the District of Columbia, all of which will open health insurance exchanges under "Obamacare" that same day, and you get some idea of what could go publicly and disastrously wrong.

Although IT is the single most expensive ingredient of the exchanges, with eight-figure contracts to build them, experts expect bugs, errors and crashes. In April, Obama himself predicted "glitches and bumps" when the exchanges open for business.

The potential for problems will begin as soon as would-be buyers log onto their state exchange. They'll enter their name, birth date, address and other identifying information. Then comes the first IT handoff: Is this person who she says she is?

To check that, credit bureau Experian will check the answers against its voluminous external databases, which include information from utility companies and banks on people's spending and other history, and generate questions. The customer will be asked which of several addresses he previously lived at, for example, whether his car has one of several proffered license plate numbers, and what color his old Volvo was.

It's similar to the system that verifies identity for accessing personal 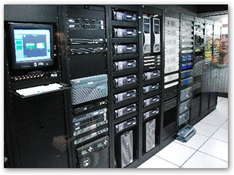 Social Security information. If someone gets a question wrong, he will be referred to Experian's help desk, and if that fails may be asked to submit documentation to prove he is who he claims to be.

The next step is determining if the customer is eligible for federal subsidies to pay for insurance. She is if she is a citizen and her income, which she will enter, is less than four times the federal poverty level. To verify this, the exchange pings the "federal data services hub," which is being built by Quality Software Services (a company owned by United Healthcare)  Inc under a $58 million contract with the Centers for Medicare & Medicaid Services (CMS).

The query arrives at the hub, which does not actually store information, and is routed to online servers at the Internal Revenue Service for income verification and at the Department of Homeland Security for a citizenship check.

The answers must be returned in real time, before the would-be buyer loses patience and logs off. If the reported income doesn't match the IRS's records, the applicant may have to submit pay stubs.

These federal computer systems have never been connected before, so it's anyone's guess how well they'll communicate.

"The challenge for states," said Jinnifer Wattum, director of Eligibility and Exchange Solutions at Xerox's government healthcare unit, is that they have to build "the interfaces needed with the federal data services hub without knowing what this system will look like." That makes the task akin to making a key for a lock that doesn't exist yet.

CMS's contractors are working to finish the hub, but "much remains to be accomplished within a relatively short amount of time," concluded a report from the Government Accountability Office (GAO), the investigative arm of Congress, in June. CMS spokesman Brian Cook said the hub would be ready by September, and that the beta version had been tested for its ability to interact with the exchanges Oregon and Maryland are building.

The federal hub has to verify even more arcane data, such as whether the insurance offered to a buyer through his job is unaffordable, in which case he may qualify for federal subsidies, and whether the buyer is in prison, in which case she is exempt from the mandate to purchase insurance. 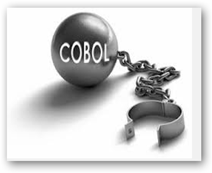 If someone's income qualifies him for Medicaid, or his children for the Children's Health Insurance Program (CHIP), software has to divert him from the ACA exchange and into those systems. Many of the computers handling Medicaid and CHIP enrollment are, as IT people diplomatically put it, "legacy systems," meaning old, even decades old.

Many are mainframes, lacking the connectivity of cloud computing. They typically process eligibility requests in days, not seconds.

The legacy systems "rely on daily or weekly batch files to pass information back and forth," and often require follow-up phone calls, said Wattum of Xerox, which is working to configure Nevada's exchange so it can interface with the federal hub.

A "we'll call you" message is unacceptable under Obamacare, which has a "no wrong door" goal: A buyer must never come to a dead end. If she is diverted to Medicaid, for instance, she must not be required to resubmit information, let alone wait a week for an answer about whether she's now enrolled.

State IT systems must therefore "be interoperable and integrated with an exchange, Medicaid, and CHIP to allow consumers to easily switch from private insurance to Medicaid and CHIP," said an April report from the Government Accountability Office (GAO), the investigative arm of Congress.

To make all those systems communicate, the state exchanges must either develop entirely new systems or use application programming interfaces (APIs) that work with the legacy systems to exchange data in real time. APIs are programming instructions for accessing Web-based software applications

State officials told the GAO that verifying eligibility, enrolling buyers and interfacing with legacy systems are the most "onerous" aspects of developing their exchanges, "given the age and limited functionality of current state systems."

A key goal for exchange officials is keeping would-be buyers in the portal so they don't give up and use a state's ACA call center, which could quickly be swamped.

To avoid this, Oregon brought in potential users to test design prototypes, recorded what people did and where they had trouble, and tweaked the consumer interface to make it as user-friendly as possible, said Karjala.

"Even with that, if you have a family of four and you're eligible for a tax credit to offset your premium," he said, "you could be sitting at the computer for a long time."

"I had no choice but to be extremely conservative" in estimates of how many simultaneous users Cover Oregon has to be prepared for, Karjala said. "Building capacity is the only way to avoid the spinning hourglass or the site freezing, so in our performance testing we're seeing what happens if the whole U.S. population came to Cover Oregon to check it out."

This summer, state exchanges will test their ability to communicate with the federal data hub, whose security frameworks and connectivity protocols are still works in progress. But whether Obamacare 1.0 flies won't be known until the new health plans take effect on January 1. Robert Laszewski, president of Health Policy and Strategy Associates Inc, a consulting firm, said he wouldn't be surprised if some patients showing up at doctors' offices next year with Obamacare policies are told their insurers never heard of them.