This is a wild story here with the people and family killed both having worked at the same University lab, where the doctor had been fired from in 2001.  One of the cases was featured on America’s Most Wanted last year with a reward offered.  The FBI and others working on the case stated he could fit the profile of a serial killer.  There’s still a lot more to come and the surviving families had no comment on the doctor’s arrest.  BD 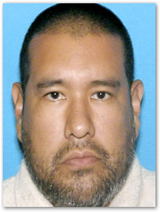 doctor Monday on suspicion of carrying out two attacks in Omaha over the past five years in which four people were killed who had ties to a local university medical school that fired him in 2001.

Dr. Anthony Garcia, who now lives in Terre Haute, Ind., was arrested by Illinois State Police during a traffic stop Monday in Union County, which is in the south of the state near Illinois' borders with Indiana and Missouri, Omaha Police Chief Todd Schmaderer said. Officers said he appeared to be intoxicated when they arrested him that he had a .45-caliber handgun with him.

investigators believe that in May, Garcia broke into the Omaha home of Creighton University medical school pathology professor Roger Brumback and fatally shot him and stabbed his wife Mary to death, Schmaderer said. They also believe Garcia was behind a 2008 home invasion in which the 11-year-old son and family housekeeper of another pathology department professor, William Hunter, were stabbed to death.

In 2001, Roger Brumback and Hunter fired Garcia, who was a department resident, because he had displayed erratic behavior, Schmaderer said. The police chief didn't provide further details of the alleged behavior and he declined to discuss the evidence used to build the case against Garcia.