It was at the end of last year that Mount Sinai received a big boost from Carl Icahn and has his name on it.  The hospital system will be merging with Continuum making for a very large hospital system.  The donation helps the over all financial position of the hospital as well. 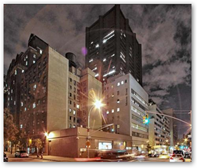 The Carl Icahn School of Medicine And the Icahn Genomics Institute at Mount Sinai? He Has Pledged $200 Million to the School

The talks began a year ago and since time changed as NYU was left out of the merger.  A new name for the merged system will be created.  It will be interesting to see what partner NYU might pursue now that the hospitals are all becoming mega hospital system.  BD

The boards of the two hospital systems, Mount Sinai Medical Center and Continuum Health Partners, a network of community-oriented hospitals that includes Beth Israel and the two St. Luke’s-Roosevelt campuses, approved the merger in consecutive votes on Monday and Tuesday. The decision came after a year of courtship and after Mount Sinai, with a last-minute offer, scuttled a deal between Continuum and a competitor, NYU Langone Medical Center, that would have threatened its position.

The new enterprise would have more than 3,300 beds at seven campuses spread through Manhattan, Brooklyn and Queens, making it the largest hospital system in New York City outside of the public hospital system. It would eclipse the reigning giant, NewYork-Presbyterian Hospital, with 2,600 beds, and would become one of the country’s largest nonprofit systems.

The union between Mount Sinai and Continuum would result in a new company, the Mount Sinai Health System, and Continuum Health Partners would cease to exist, officials said. Stanley Brezenoff, Continuum’s chief executive, is expected to retire but remain as a consultant for the transition, with Dr. Davis leading the new entity.