They Just Can’t Help Themselves, Employees Fired at Cedars Sinai for “Snooping”,Viewing Kim Kardashian Records –They Broke the Glass 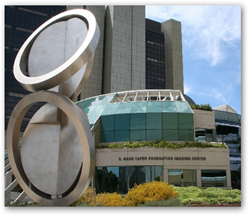 related to the patients they are caring for, they better document it well and it better be able to stand up as necessary.  Granted there are occasions when that may be the case and actually it is the deterrent that is used to those who do decide to snoop may think twice.  So if you work where Epic Medical Records are used and are not aware of this, you are now.  In training though all are very much made aware of this so there’s no secret of how it works.  Dr. Leo from Long Beach Memorial and I had a nice chat about breaking the glass back in 2009 when their hospital converted to Epic Medical records.

Now we have doctors who are “on staff” as well as some of their staff and evidently they didn’t know about this and neither did the doctors who gave them their log on it appears.  All I can say is that it you snoop, you better be filing “I broke the glass report” and it better be good explaining why you had to access records outside the patients you are caring for. Seriously what are you getting here by snooping, nothing you can even sell to a tabloid as they would rather have pictures anyway (grin).  The article from the Times indicates there were  more than just records from Kim Kardashian viewed and she stated in another press item that she was one of the victims.  Believe me, you can’t beat the technology in the records system here as the “red” alerts are sounded with the IT Department of anything that looks suspicious, and that's all pretty much automated. BD

Cedars-Sinai officials said in a statement that 14 patient records were "inappropriately accessed" between June 18 and June 24. Six people were fired over the breach: four were employees of community physicians who have medical staff privileges at the hospital, one was a medical assistant employed by Cedars-Sinai, and one was an unpaid student research assistant.

Community physicians have access to the hospital's electronic record system but are supposed to log in only for purposes related to the care of their own patients. Cedars-Sinai officials said three community physicians — Dr. Sam Bakshian, Dr. Abraham Ishaaya, and Dr. Shamim Shakibai — had given their user names and passwords to employees in violation of hospital policy, and the employees used the log-ins to access confidential patient records. In the other case, a doctor's employee had been granted a separate user ID and password at the physician's request, to assist in billing.