The loss of her nails has probably cost here a bit of money I might guess.

Watch the video of an appearance on a talk show.  Very interesting stuff.

Lee Redmond, 67, of Salt Lake City — said to have the world’s longest fingernails — lost them last week in a car accident that threw her from an SUV, says the Associated Press. She received serious but not life-threatening injuries.

Redmond began growing her nails in 1979. The longest, on her left thumb, measured 33 inches.

Redmond has been featured in the Guinness Book of World Records and on TV’s “Ripley’s Believe It or Not.” A Japanese TV show once offered her $10,000 to cut them but she turned them down. 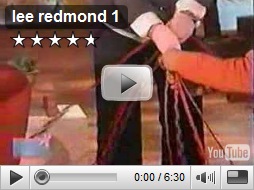