One thing you will notice is the expense on bringing a product to market.  This device will be used to guide ultrasounds.  There are only 5 employees so far and is filing for worldwide patents as well.  The advantage here is to make it simple for surgeons to learn how to use ultrasound and local physicians and clinics should be able to do a local biopsy.  Johns Hopkins is also paying for the patent filings which will run around 85k and Clear Guide will have to pay back on that one as most of their money has come grants.  BD 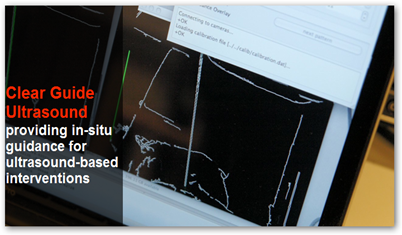 Clear Guide Medical LLC is readying its first product, a medical device used in minimally invasive ultrasound surgeries that will be for sale in early 2014. Federal and state grants received this year aided the commercialization process for the Johns Hopkins spinoff, which hopes to receive another state grant early next year.  The Baltimore life sciences company received a total of $550,000 from the federal National Institutes of Health and National Science Foundation, in 2011 and 2012, and $125,000 from the Maryland Technology Development Corp. in 2010 and 2012. It is waiting to hear about another grant from the latter, for $100,000.

Clear Guide Medical was founded in 2010, a spinoff from the Johns Hopkins Department of Computer Science and the Johns Hopkins School of Medicine’s radiology department. In 2012, it was the first company to move into the Johns Hopkins accelerator, located on the Homewood campus, Heisenberg says.
The company has five employees. It is in the midst of applying for a worldwide patent that covers the US, nations in Europe, Japan, Canada and Israel – countries that are most likely to develop competing devices. Johns Hopkins is paying the patent filing and application expenses, about $80,000, for which Clear Guidance will pay back in time. http://bmoremedia.com/innovationnews/hopkinsspinoff121812.aspx