Home » Medically Related » My Commentaries » Other Items of Interest » Judge in the OC Reading Too Much On the Internet-Used Jim Akin Rape Analogy During a Court Case –Mental Illness In Politics & Government Perhaps More Prevalent Than We Realize?

Judge in the OC Reading Too Much On the Internet-Used Jim Akin Rape Analogy During a Court Case –Mental Illness In Politics & Government Perhaps More Prevalent Than We Realize?

Ok here we go again as we are back to the 50 Shades of Rape.  This guy was way out there on a court case.  Best I can figure and this logic speaking here is that when politicians are under educated in issues that 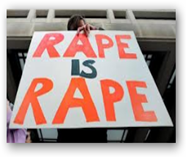 come up, and a judge in this case, they have this rush of hormones that brings on an urge to control something and duh…not a good choice here.  This is why we saw all of this in the news and certainly a lack of education of what occurs in the “real” world and not keeping up will bring on a huge feeling of “insecurity” and we all need to feel good about doing something.  Ever have friends that come in and try and take over and tell you what you are doing wrong and analyze you to the hilt?  In the meantime their own life is in shambles that they can’t deal with or choose not to, so thus here comes this “Warrior” that is your friend to offer their “expert” advice to “fix” you.

We all have friends like that and sometimes we do it ourselves and not see it, again as we all need to have some feeling of accomplishment.  When it gets into politics and brining unfounded statements as this that hurt other people well I think we might be sitting on the edge of “mental illness” here and I’m not a psychologist here but maybe that are might chime in here?  We all know you can’t control anyone but yourself successfully, so I see this judge rocking on the edge of some kind of inferiority issue, either that or he’s doing anything and everything here verbally to get paid for the case, you think?  My own personal opinion after all of this persists in the news is that mental illness among politicians might more wide spread than we think, so there’s my contribution to the “drama queen” and OMG stuff to add to the news today:)  On a serious note though look at the time this wastes and also being that such folks are so easily influenced with what I see as a lack of logic at times, they are very very easy targets for companies, banks, you name it that can absolutely “snow” them as now when you see a public figure that goes that far with extremes, they are marked an “easy target”.  It’s been going on for years but now the lack of education in how technology with IT infrastructures running the world is really beginning to show.  These emotional outbursts and use of “fantasy” opinions just don’t have a place any longer so again I keep wondering about mental illness in politics:)

mean when it comes to how the real world is working today with technology and see if you sense a little bit of mental illness here or insecurity with these outbursts that are becoming more common.  Again I can’t diagnose this but I can certainly identify patterns and do my analytics work and this is somewhat the conclusion I am drawing:)  If that isn’t enough look at the Governor Christie interview this week with the question on his weight…I laughed like crazy when I saw it as what provoked this question when we had President Roosevelt function with polio and an iron lung and he didn’t even have all the wonderful technologies and advances in healthcare we have today to help people.  Oh those folks that get sucked in today…and seem to have lost a little bit of logic and reality…a danger if allowed to go too far.  Maybe too it’s that fear of math that makes people hurt having some impact here too?

Why Do We Like Governor Christie? He Represents the “Anti-Dupe” Reality Versus The Media Generated Duping That Cripples Society Today, “He’s Killing Them Softly With Logic With His Song”

SANTA ANA, Calif. (AP) — A Southern California judge is being publicly admonished for saying a rape victim "didn't put up a fight" during her assault and that if someone doesn't want sexual intercourse, the body "will not permit that to happen."

"In the commission's view, the judge's remarks reflected outdated, biased and insensitive views about sexual assault victims who do not 'put up a fight.' Such comments cannot help but diminish public confidence and trust in the impartiality of the judiciary," wrote Lawrence J. Simi, the commission's chairman. "I'm not a gynecologist, but I can tell you something: If someone doesn't want to have sexual intercourse, the body shuts down. The body will not permit that to happen unless a lot of damage is inflicted, and we heard nothing about that in this case," Johnson said. http://news.yahoo.com/calif-judge-says-victims-body-prevent-rape-023033459.html

Friday, December 14, 2012
Medically Related , My Commentaries , Other Items of Interest