Here’s a very different hospital acquired infection story and this has to with the surgical gloves worn.  The doctor had a skin inflammation on his hands and the bacteria spread through the gloves.  All patients required a second surgery and are still recovering.  CDC also got involved in the investigation as it was not immediately know what the source was. 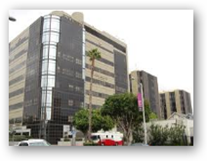 Interesting too on how this article brings up the ratings items from Leapfrog which are pretty useless on the rating side for overall scores but fine for aggregating a list of preventable infections and other statistics hospitals have but the mention of the “C” grading adds nothing to this story and just leads consumers to believe that some hospitals are duds with these over all ratings, but again statistics are fine. Back on track it looks like there will be upcoming standards for gloves as I read on.  There are none or best practices set on how often surgeons should change their gloves and there’s a lot of detail work with operating on a heart.  Last year I did a post about these gloves that claim to be “medical grade” (see image) and of course everyone knows they are not any time soon going to be used for an examination purpose or surgery but it fits in here with thinking about what the advertising says on the package (medical grade) and as this story states there are no standards for gloves.  I will say this though is that I have attended enough healthcare conventions and grab up samples when I can of gloves because they are made superior to what’s on the shelf and for what I need for around the house they last a very long time, durable:)

Latex Examination Gloves at the Dollar Store From Spic and Span-Need a Price Check?

The bacteria was identical with all patients having the infection so they began to look at the surgeon.  The surgeon was no longer able to perform surgery until he healed and from the way this article sounds, he

no longer does surgery at all and is still on board at the hospital.  He might have even made that choice himself to stop operating permanently.  Out of 67 patients where he performed surgery, only 5 were infected so process of elimination lead them to the gloves.  Some surgeons wear double gloves now and they change them more frequently.  Of course the goal is zero with infections and when that goal is met that’s wonderful but odd cases like this one could happen anywhere and due to this incident there may be less as all will be more aware of the potential issues of gloves from here forward.  Who would have ever thought that the gloves were not the overall protective shield they are supposed to be? BD

The infections occurred after tiny tears in the latex surgical gloves routinely worn by the doctor allowed bacteria from a skin inflammation on his hand to pass into the patients' hearts, according to the hospital. The patients survived the second operation and are still recovering, hospital officials said.

The outbreak led to investigations by the hospital and both the L.A. County and California departments of public health. The federal Centers for Disease Control and Prevention was also consulted. http://www.latimes.com/news/local/la-me-cedars-infections-20121208,0,3931111.story