Home » Medically Related » My Commentaries » Other Items of Interest » Technology » FTC to Investigate Data Brokers: Flawed Data Attacking Consumers-Need To Dig In To The Algorithmic Bots Slowing Down Government Servers to a Crawl & Stop Processes That Keep Inequality Alive in the US–Attack of the Killer Algorithms Chapter 49

FTC to Investigate Data Brokers: Flawed Data Attacking Consumers-Need To Dig In To The Algorithmic Bots Slowing Down Government Servers to a Crawl & Stop Processes That Keep Inequality Alive in the US–Attack of the Killer Algorithms Chapter 49 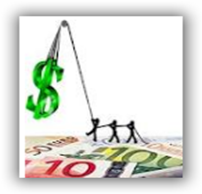 “Algo Duped” over all of this.  If you have read the Attack of the Killer Algorithm series then you know there are few chapters relating both to flawed data and the fact that “these algorithms” are denying people services, money, jobs, medical care, you name it.  Data brokers are more than just what was listed in this article, heck Walgreens made short of $800 million selling data only in 2010, so that’s why I say license all these folks and give law a leg to stand on, as a simple investigation without going in depth to understand all the algorithmic processes is futile.  If they need a license and anything is violated, then fine them or shut them down.  I’m going to copy and paste some of my material from some prior posts as I have tons of it to substantiate.  CoreLogic was already kicked out of North Carolina for their bot activity in clogging servers and not paying timely and updating their data so do you wonder why it takes so long for you to get anything cleared with credit if these folks don’t update, they get you a second time with a wait after you spent your time and money fixing their mistakes.

Excise Taxing the Data Sellers–Nobody’s Supporting the US IT Infrastructure, Especially In Times of Disaster-Companies Have Probably Made Money Off Selling Scraped Data of Those Hurt in the Wake of “Sandy”

Every time these folks screw us up with their flawed data,

it’s on our dime as a consumer to fix it too and these folks just continue to rack in the millions.

It’s not fair and equitable to even dump more responsibility on the consumer for corporate America data flaws and to deny services and credit for one example.  Setting up a quarterly tax and license is not a difficult model as we can pretty much base it on the model used for

sales tax and being it would be brand new and not have to be built from existing technologies, the up and running time could be pretty fast. You can’t help but think about this when you see the likes (and this is just one example, link below) of stingy little companies like this that have found a way to operate outside the regulation of the federal government and make millions.  As a consumer you can’t even see what they send out about you.  Is this fair..no.  These folks were Chapter 42 of my Attack of the Killer Algorithm series and there’s more like them out there.

Behavioral analytics is huge area for abuse and that’s not to say it’s all bad because it’s not but people abuse it like anything else, they write some code, write a study to substantiate their math and off they go.  Do we know they are gaining any “real” value here?  So much of it is information from the web and people lie their asses off on this part of the data, so credible in this area..nope and in some areas you have been “duped” and it goes something like this…

Actually in this article they left out FICO and their claims to sell analytics using your credit rating and other information they won’t disclose to determine if you are going to be a medication compliant patient.

Yes that one is out there, overselling analytics and mismatching data to make a buck. Selling these analytics is one of the biggest abuses I have seen and is clearly a case to make money employing some “Algo Duping” along the line to sell this line of garbage with trying to sell some non linear data crap for lack of better words.

We all know by now that math is no longer the 100% methodology for determining accuracy in all cases when it is spun with algorithms and marketing today and that’s a fact.  In addition we have a lot of “flawed” data spun into some of the algorithms and this leads us to a point of insanity sometimes when we look and say “where did they get those numbers”.  You hear it all the time. If you don’t get this on how algorithms spin and flaw data use the link below and get educated from an NYU professor/journalist/mathematician.

This could be a very useless investigation unless they dig in and understand the algorithms that do this and pull in everyone else that does it too as just because their main business is doing something else doesn’t mean that they don’t broker data on the side, a lot of that out there.  I do get a little worried when I see sessions of Congress looking like this, image below.

Here’s the entire series of the Killer Algorithms and as I said many of them are data mining related.

Attack of the Killer Algorithms! Digest & Links for All Chapters–Read About Math and Crafty Formulas Running on Servers 24/7 Making Life Impacting Decisions About You– Updated So FTC get  your “algorithm motors” running if you are really going to accomplish anything here….and get that excise tax in place for all and we could easily fund the FDA and NIH with it and finally have a leg for law enforcement to stand on to regulate.

Right now if nothing is done this is the biggest unfair attack on consumers that has ever existed, again mostly allowed to thrive as people don’t like math and don’t understand how algorithms move money! Big data is on it’s way and you can watch the video at the link below as there’s a big forum discussion with folks from NASA, T-Mobile and more about how it can be used wisely but in the meantime this other element of data brokers doesn’t care and they make billions harming consumers with loads of flawed data. BD

The Federal Trade Commission on Tuesday opened an investigation into data brokers, the companies that collect and

sell information about consumers for marketing and other purposes.

The agency issued administrative subpoenas to nine different information resellers, requiring each company to provide extensive details about how it collects information about consumers; how it uses, stores, analyzes and shares that data; and whether the company allows consumers to access and correct the records the company holds about them. Some of the companies named in the inquiry do not directly sell information about consumers, but offer analytics services in which they categorize, score or evaluate consumer data.