Home » Medically Related » Pharma/FDA News » Canadian Drug Stores Still Doing a Booming Business as Some Drugs Are Vanishing from Pharmacy Benefit Managers and Are Too Expensive for Medicare Participants..

Canadian Drug Stores Still Doing a Booming Business as Some Drugs Are Vanishing from Pharmacy Benefit Managers and Are Too Expensive for Medicare Participants..

This is a good story right here about Advair.  As mentioned the drug company recovered their R and D cost a long time ago, so what do they do next, patent the inhaler for a longer coverage time, since the drug itself is off patent. 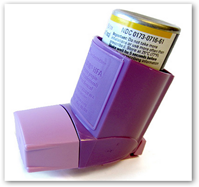 In Canada and in the UK drug companies are somewhat regulated on what they can charge but no in the good old USA and sales of Advair were over 8 billion.  The couple referenced here had to take out a reverse mortgage too because of the cost of their medications, mainly his wife.  Advair is made by GlaxoSmithKline, who by the way is putting some of their older drugs out to bid for private equity firms to bid on and buy.  What’s going to happen then, God only knows with PE firms running and managing pharmaceuticals.

One thing also worth a mention by not going through Express Scripts they don’t have to deal with the predictive analytics data that is created at all the PBMs today either.   Everyone thinks they can predict who’s not going to take their meds and plus a little of this is charged into the cost in the US as well.

Consumers are broke and it’s up to the insurers and drug companies to sit down and negotiate, not us.  BD

Brent and Henni Christensen consider themselves patriotic Americans and strong supporters of Medicare.

Nevertheless, the Huntington Beach couple buy most of their prescription drugs from an online Canadian pharmacy at prices much lower than in the United States.

In January, the biggest manager of prescription drug benefits for insurers and drugstores, a company called Express Scripts, said it would no longer reimburse Advair purchases because the drug had become too expensive.

Advair's patent protection expired in 2010, but Glaxo's patent on the inhaler used to administer the drug lasts until 2016. There are currently no generic alternatives for the drug.