VA Beginning to Use Wearables That Are Not Data Poachers …

This is a good article here and goes to show that wearables that keep a patient’s dignity in place can be used successfully. 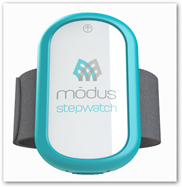 This is a new project that is measuring the use of orthopedic or prosthetic devices and the patient owns the device and the data, very cool.  The Modus step watch was developed more than 10 years ago.

It appears to be an accelerated pedometer to measure patient progress.  BD

The VA won’t be reimbursing for Fitbits and Jawbone UP devices, however. The contract template specifies that the devices be able to measure a number of highly specific metrics such as stance and swing time, gait symmetry, dynamic function, cadence and cadence variability, step count, numbers of steps per time interval, peak performance, and functional level assessment. And they have to record continuously and accurately as well. One such device is modus health’s StepWatch.

“The device becomes [owned by] the veteran, and they own that information,” he said. “If we want to see it, it’s the veteran who allows us access to that.”

The change was motivated by an Inspector General audit of the VA’s practices around procurement of prosthetics. The VA needed to show it was being responsible as new technological advances cause the price of prosthetics to rise in recent years.