Home » Insurance » Medically Related » Other Items of Interest » Cleveland, Texas Hospital Abruptly Closes–Note On Door Says We Hope to Re-Open Soon, Meanwhile Back at the Ranch CMS Is Working Hard to Create A Ridiculous 5 Star Rating System for Hospitals…

Cleveland, Texas Hospital Abruptly Closes–Note On Door Says We Hope to Re-Open Soon, Meanwhile Back at the Ranch CMS Is Working Hard to Create A Ridiculous 5 Star Rating System for Hospitals… 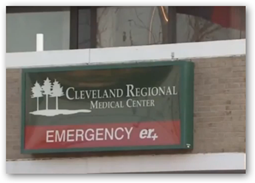 and maybe something unexpected popped up in that area as the note does reference the hospital wants to be a “safe” facility.  In addition the hospital has also had financial issues in struggling to pay both employees and vendors in the last 3-4 years.  Who knows, maybe they need a loan to fix the boiler?  RKM Management is the owner of the hospital.  The ER room is closed and the next closest facility is 24 miles away which concerns residents.

Back in 2013 the former CEO has some issues too and was on the loose for a while with assault charges against him with a confrontation with the chief nursing officer.  There’s been quite a bit of history written about this hospital struggling to stay in business.  Nobody wants to talk about this but we have a big case of “hospital inequality” in the US.

We keep seeing more and more stories like this but in the meantime we have good old CMS with a response and answer for all of this “a new 5-star hospital rating system” and don’t you have to about fall off your chair reading this in today’s economic times?  They haven’t caught on yet that we really don’t need this today and ratings are so “yesterday” as now we want to know what facilities “will be available and open” when we need them.

CMS Plans To Begin Five Star Hospital Rating System - Add A Column For “Hospital Mortality Projections” Or Stop the Ratings All Together As Lack of Money Today Is More of a Determining Factor With US Hospital inequality That Keeps Growing..

CMS like many others are busy living in the quantitated world of virtual numbers and sure there is valuable information when done right but they don’t know when to stop and succumb to every little bit of data having value on care, whether it does or does not.  There’s plenty of Health IT vendors out there as well to sell you any kind of analytics you want too, so again you have to be smart about it today.  The boneheads at this hospital at the link below are really addicted to the virtual worlds and don’t know when to stop as all the patient credit card and Acxiom data is not going to give better care and they got soaked as it’s not relative to giving immediate good care.  I do have to laugh at how “Algo Duped” the hospital is here.  There’s Quants working everywhere and like Felix Salmon said, a sharp journalist in this area “quants don’t know when to stop and mess up every industry they infiltrate”.

No amount of credit card data or Acxiom data is going to help this hospital in Texas here and there’s budget for the nonsense either as they are just trying to stay in business.  CMS is kind of in a tizzy right now as many of their quantitated methodologies are starting to fail them and they don’t have a back up for the models used that were pretty much in line with what one big insurer has guided them to use for the last number of years, and they too have failing models.  We are seeing evidence of such with secretive scoring of doctors being turned loose from being network and given no explanation as to why.   BD

Cleveland residents are upset and worried after learning their local hospital has shut its doors.

On Thursday night, signs were posted on the front doors of Cleveland Regional Medical Center stating the facility is closed until further notice.

"Just got sent up here for a routine chest X-ray from my local doctor, and I can't get in through the doors they are closed as of Aug. 28 and I wasn't aware of that," said resident Fulton Thompson.

Posted signs also suggested patients drive to the closest emergency room in Kingwood, which is over 24 miles away.

In an emergency, the longer distance could mean the difference between life and death.