Home » Insurance » Medically Related » My Commentaries » Burwell, HHS Secretary Hires A “Legal Banker” From CitiGroup To Do What? Fulfill It’s Mission To Serve the American People?

I’m sorry the words to this announcement are just a little thick here and just so cookie cutter:)  I’ll give her one thing, she knows the templated buzz words we all read over and over in the news today, same thing different article. Keven Thurm used to 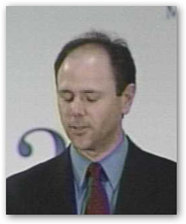 work as Deputy Secretary of HHS during the Clinton Administration, so what are we getting, another Nancy DeParle repeat?  How well did he negotiate with the government with CitiGroup financial sins?  Here’s a legal document he signed relative to compliance with CitiGroup with the Federal Reserve.  He took over as compliance officer at CitiGroup in 2011 after their record $10 million dollar penalty.  Burwell hired a legal banker in essence, great for healthcare.

Nancy Deparle Returns to What She Knows, Private Equity-Technology Experience, Knowledge And Being In Touch With Reality Is What Government Needs Today

It’s a different world than it was during the Clinton administration and it was long ago so big deal, we have just have banker working at HHS, long and short of it.  Why do these rich folks want these jobs at HHS?  You do have to wonder as we had the Wal-Mart Executive and then the United Healthcare Executive Slavitt who lives in a huge mansion as well.  Millionaires are not going to make HHS and Burwell is just another wrong person in the wrong job and one more figurehead that will eventually fail as well.  Not impressed so far.

Well being Mr. Thurm has been in banking the insurance folks will probably be pretty happy.  Insurance and bankers have been out modeling HHS and CMS for years and it won’t change.  The math modelers at insurers used their Quant techniques to over bill CMS by $70 billion and it took over 5 years to auditors to find it.  It’s not any different than the math models that United Quants used to short pay doctors on out of network charges for 15 years, it’s all math.

He only worked 5 years at HHS during Clinton administration and 25 years at Citigroup so we have a banker on board.

Kevin brings more than 25 years of business, executive management, legal and policy experience.  Throughout his career, he has demonstrated the ability to deliver meaningful results in both complex public and private sector organizations.

“We’re continuing to build on the strong leadership team that exists at HHS and recruit top talent,” said Secretary Burwell.  “Kevin’s decades of broad experience spans business and government with the focus necessary to advance our goals.  He brings to the Department not only his proven abilities as a leader, but also a deeply-held commitment to our mission.”

As a Senior Counselor, Thurm will work closely with the Department’s senior staff on a wide range of cross-cutting strategic initiatives, key policy challenges, and engagement with external partners.