Sears Holdings will be notifying thousands of retirees that their $37.00 a month subsidy towards health insurance 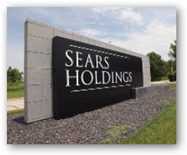 CHICAGO - About 14,000 Sears retirees will lose a monthly health insurance subsidy as the languishing department store titan looks for ways to shave costs.

Sears Holdings planned to send letters Friday to the 14,000 Sears, Roebuck & Co. retirees and dependent spouses who have been receiving the $37 monthly health care subsidy, informing them that the subsidy will be eliminated in 2015.

Only employees who retired before 2000 were eligible to receive the subsidy, which was reduced in 2006 and is applied to the monthly cost of health care coverage through Sears-sponsored group benefit plans. Anyone who retired after 2000 had their subsidy eliminated in 2006.