Prime Healthcare as well as other investors are buying up hospitals and the rates are going up on what insurers pay.  Meadowlands hospital has been one that has been in the news quite a bit for one example.  The last CEO who just left was there for 3 months.

MHA LLC, is the investment group that purchased Meadowlands Hospital in 2010 for $17.5 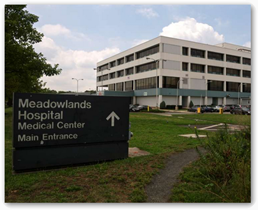 million when the hospital changed to a for profit facility.  Meadowlands is known for some of highest billing charges in the US.  When MHA, LLC took over, things changed in the billing office.   The two primary owners once they took over with a former background in running an ambulatory surgery center, seemed to move a lot of the procedures over to the Meadowlands hospital where of course the charges would be more, being  a hospital.

Prime Healthcare bought St. Michaels’ Medical Center, St. Clare’s Health System which included a couple hospitals, and now is ready to buy 3 more hospitals in New Jersey.  Prime Healthcare comes in and buys hospitals in financial straights as a whole and is scooping hospitals in other states, such as Kansas and Michigan.  Prime is bidding now for 6 more hospitals in California presently that were going broke.  Prime sells the actual hospital property then leases facilities back to give them cash flow to buy more hospitals.  This is a concern as what if the hospital decides to close up, go bankrupt, or whatever and leave.  What do the owners of the property do then?  I could be a good question to ask.

Now what is interesting and probably very true is the feelings of some of the hospitals if not all, as they blame insurers for driving the discounts down too far, and thus so they have no other choice but to make it up where they can.

“The hospitals blame what they call the insurers’ greed for their decision to pursue this strategy. Insurers’ demands for deep discounts from hospitals that are part of their networks caused the financial troubles at these facilities in the first place, leading to the need for such takeovers, the hospitals say. The insurance reimbursements simply did not cover the hospitals’ costs.

“They alone are responsible for corrupting the American health care system, not Bayonne or other urban hospitals fighting for their lives,” Mark Spektor, Bayonne's CEO, and Daniel Kane, its chairman , wrote last year.”

I just wrote the other day about a new “narrow network” United has come up with for New Jersey and you can read more on that at the link below.  We don’t know all the details yet as far as cost but patients will be limited to doctors and hospitals in New Jersey only, 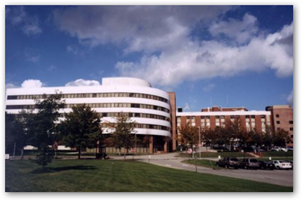 that much we do know.

When you look at what the charges billed to insurers from some of the hospitals, the charges are outrageous.  A fracture (less than 24 hours care) for example was billed at $48,396 and while Medicare would have paid $6900.  Now we know the insurer is going to pay more than Medicare of course but not that much.  Pneumonia for 4 days, $127,324 compared to Medicare at $9251.  There’s certainly a lot of room in between to negotiate.

Now for a quick comment, California doctors are getting paid by United and some other insurers at rates less than Medicare..so think about that one if you will and you have reimbursements all over the place.  In California I guess that’s why United worked so hard to drive down doctor compensation so they could maybe pay the big hospital bills back east?  It might be a question worth asking and it also shows the wide variance.  BD

Bayonne Medical Center wasn’t just bragging about efficiency when it posted a big digital clock on a highway billboard a few years ago to show the real-time waits in its emergency room. It wanted patients to come to its ER. Lots of patients.
Big change comes to New Jersey health care

It didn’t matter if the hospital was in the patient’s insurance network. On the contrary, to the businessmen who had recently purchased the medical center, those “out-of-network” patients held the key to reversing Bayonne’s fortunes.

These owners, who bought the hospital in bankruptcy, had found an unintended — and very profitable — consequence to a state regulation that was designed to protect patients with urgent medical needs. While the regulation required insurance companies to pay for emergency treatment at hospitals where their coverage wasn’t normally accepted, it did nothing to control the size of the bills the hospitals could submit to those insurers.

And that loophole enabled Bayonne, which had ended its contracts with some of the state’s largest insurers, to charge those higher out-of-network rates. The result was striking: The strategy contributed to a $17 million operational profit within two years of its 2008 takeover.

“The major change we see when there’s a conversion to for-profit health care is an increase in charges,” said Bradford H. Gray, a senior fellow at the Urban Institute, a Washington, D.C., think tank.

In its short existence as a for-profit hospital, Bayonne Medical Center’s sticker prices for nearly all of the 50 most common diagnoses have become among the highest in the nation. It charged one insurer $36,300 to treat a migraine in its ER, another $8,200 to bandage a finger.