Home » My Commentaries » Other Items of Interest » Technology » Todd Park US CTO Leaving His Post-Anyone Noticing a Pattern Here With Technologists Jumping Ship One After Another?

Todd Park US CTO Leaving His Post-Anyone Noticing a Pattern Here With Technologists Jumping Ship One After Another?

You can’t blame him as he doesn’t need the money and anguish if you look at that angle, but according to what I have been reading his new mission is to help find smarter folks to work for the government.  I can imagine the frustration he has at times.  We all 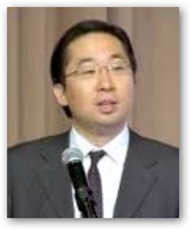 know in tech that to help those not in tech we have to change our terminology into some form of “Pig Latin” so others can understand what’s going on, what needs to be done, etc.  In other words, translate from tech world to the layman world and that’s not always easy to do.  There are some that lie and cheat during this process and they eventually are found out when someone else gets a glimpse of their code or just flat out calls “foul”.  The White House privacy person quit as well and she may have been the wrong person in the wrong job from what I saw from her short term in office too.

The US has been suffering dearly in this area for a long time and right now with the speed of technology moving so fast, it’s easy to get duped and lawyers can be the easiest targets at times.  Why?  They only think about verbiage “while code runs hog ass wild”.  What do we have running government agencies, more lawyers so you can see why we have just been stuck and not been able to move ahead with the likes of Kathleen Sebelius, Mary Jo White, Richard Cordray and a host of others, they just don’t get it and hang on to verbiage to save their lives.   Like it or not, this is what it is coming down to, math and the models used that can hide dirty code and risk and make money while hurting others.

I talk about “data mechanics logic” all the time and we have very few in government head positions that even have a “little” bit of this thinking,

but it it necessary and you don’t have to write code to have it, but it is easier to master if you have written code.  Just last week every one in technology just laughed our asses off listening to the new White House Cyber Security Head just brag about how he has very little technology background.  Well we all know he’s headed down the delusional perception path and he’s up to be a big “dupee” for sure.  Just the fact that he made that speech tells you he’s going to to be a dupee.

This is exactly what I was afraid of in 2009 when I made a blog post and got my head bit off about Kathleen Sebelius, as I could it coming and now I call it the “Sebelius Syndrome” and it’s all over DC and the White House.  During the Healthcare.Gov folks like myself were almost rolling on the floor listening to what came out of her mouth as data mechanics knowledge tells you up front she’s lost and some of the stuff she said was like impossible and there’s where the rolling comes in.  It would be like me telling my auto mechanic how to fix my car, I couldn’t do that by any means but she, was so off the wall and you could tell she hated technology.  This was my favorite here, come on folks hurry up and write that code:)

So hopefully we might end up with some “real” data mechanics logic folks eventually working in DC if this is in fact what Todd Park is going to do, I sure hope so as the “dupees” are sinking the ship with their whacked out perceptions we keep hearing.

What’s even scarier sometimes is to listen to them talk about their own perceptions at times too.

We certainly can’t take too much more of this before we sink even further.  The Office of the Comptroller of the US is getting some help from someone at MIT to help them as well to work with and help verify financial models that banks use…this is a big deal as subprime could have never occurred without all of the models and the fiddling with risk.  So again we see help coming there as well.  This is an important agency as they collect all the fines levied against banks and others out there.  I am hoping this is the same direction Todd Park might be taking as well.

Government Is Finally Hiring Some Data Sleuth Quants - Office of Comptroller of the Currency To Work In Compliance With Bank Models..

If you want to see the power of math models and quants, watch the video below and you can always find it in my footer along with 3 other videos that help educate you in layman’s terms mostly on “what’s really going on.  If we don’t come out of the math bliss we’ll sink even further.  Having lawyers run important technology heavy agencies is not the answer.

If you want to learn more about how far in the toilet we are, visit the Killer Algorithms page for more.

So again I hope Todd Park is on this path to help and wake up Washington.  BD

Wednesday, August 27, 2014
My Commentaries , Other Items of Interest , Technology