Home » Medically Related » My Commentaries » Technology » Apple Updates HealthKit Privacy Policies–Could Be A Good Time to Also Embrace Support For the Government to License All Data Sellers, Apple Will Be Conducting “Due Diligence” With Those Writing Apps For the Platform As Part of Their Business

Apple Updates HealthKit Privacy Policies–Could Be A Good Time to Also Embrace Support For the Government to License All Data Sellers, Apple Will Be Conducting “Due Diligence” With Those Writing Apps For the Platform As Part of Their Business

I said a while back that Apple has the money so if any tech company could kick the data sellers out, they could and it sounds like that’s the plan.  I did read to where they had talked with insurance companies if that’s the case then folks will start heading for the exits. 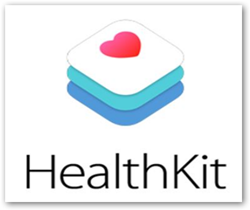 Why?  We all know insurers make a ton of money selling our data and they buy a lot of our data as well.  Here’s an example of a company that buys your credit card data, analyzes it and “scores” your behavior before selling it as then they can charge the insurers more and of course this comes out down the tubes in higher premiums at some point as all of this is not cheap as companies are making millions doing this.  So staying away from data selling entities like this are a sure win for consumers here.

In addition, I made a perky post as well stating we didn’t want Apple sitting down with United Healthcare writing code together either.  As you may or may not know 1/3 of United’s profits comes from writing software, code and analytics and 2/3s comes from policies.  They know how to rip with math models for profit and have done it for years with their huge portfolio of subsidiaries and subsidiaries of those subs, so again the trust would not be there with consumers.  We also know that insurers record and analyze your voice at their call centers and probably score and sell that data too.

We also have this nice report done from the World Privacy Forum here that discussed “The Secret Scoring of America” that tells you more about the lack of privacy and the data selling epidemic in the US.  Any bank, company that has data hanging around today it seems to be burning a hole in their pocket and we get “data flipped” out there today as well, re-queried and resold right and left.

So again if Apple chooses to stay out of the epidemic, which would be nice, they too would need some form of index that in reality could also help lawmakers too with privacy efforts.  We absolutely have no index of who’d distributing data and we need that with consumer data so we know who they are.  Just think if you were Apple and were approached by a developer and Apple needed to verify what you do, don’t you think they would appreciate a listing of data sellers to see what kind of data they sell (profiles or all personal data, HIPAA, etc.) before they waste their time?  Sure it would help them and it would help us consumers at the same time.  Right now when I talk to folks in the “real world” they’re running for the exits to stay out of the radar as there’s no trust.

It’s a matter of transparency with know who the data distributors are and what kind of data they sell.

We license people for things with far less risk, like a license to catch a fish for one example, sell real estate, sell stock, do hair and nails and the list goes on and there’s nowhere near the big risk is with selling data as the consumers get hurt.  Licensing would not stop data selling but it would rather make companies accountable and transparent, as the levels of flawed data are on the rise out there too.

Senator Schumer was right as the FTC found 7 apps that were selling data, so again there you go, one more reason to get a law on the books for licensing and disclosure of what kind of data is sold and who they sell to.  MasterCard is doing smash bang up marketing ploy out there right now with selling data and looking for new clients to buy our data.  If you read the link below I even pulled Acxiom out of their safe nest as they approached me on Twitter.  Time to call foul on some of this stuff as it’s become modeling for  inequality with segmentation, which is a good video by the way.

Senator Schumer of New York Calling for Privacy Protections With Sharing Data From Wearable Devices, As FTC Found Some Are Sending Data To 3rd Parties, Once Again Need To License the Data Sellers & Distributors

Other than the watch we don’t know what devices will be incorporated but here’s one device, Angel Health, that is of interest to where you can choose your own apps to work with the device and again we really don’t know where Apple is with the devices and sensors outside again of the watch.  Here’s an open source device that is in the works as well.  The whole idea here is to put what apps you want on it and maybe this is similar to what Apple’s doing or heck they could probably buy it if they wanted.

It would be nice not to wonder if your butt was being chased by some data mining algorithm when it comes to your healthcare data.  So again it would be great if Apple would get behind the campaign to get the data sellers licensed as it would help them as well with developers writing for the HealthKit platform.  If developers are going to provide privacy policies, we want it simple as consumers and if the developer is not sharing or selling data, it’s a pretty easy privacy policy to write.  Let’s also say that a developer who want to write an app doesn’t want to sell data here, but maybe has other products that do, that needs to be spelled out too as that WILL occur.

Don’t give us reams of legal privacy pages to read and try to understand too:)   We run for the exits there too when it’s too complex for us to understand as we have been mined and sold so many times, a level of trust needs to be there.  BD

Ahead of Apple's expected iOS 8 launch in September, the company has restricted developers from selling or otherwise distributing sensitive data collected by the HealthKit application programming interface, which is set to debut as part of the new mobile operating system. The terms, buried in the latest iOS 8 beta's licensing agreement, were highlighted by the Financial Times on Thursday.

According to text pulled from the license, developers may "not sell an end-user's health information collected through the HealthKit API to advertising platforms, data brokers or information resellers," and are barred from using gathered data "for any purpose other than providing health and/or fitness services."
In addition to the imposed data sharing restrictions, apps using the HealthKit API must provide privacy policies to end users.

Apple, however, is already looking ahead to skirt possible privacy issues. Senior executives have met with the U.S. Food and Drug Administration to discuss regulatory issues and the company is reportedly in talks with major medical records systems firms, insurers and healthcare providers eager to integrate with HealthKit.