Home » Medically Related » My Commentaries » Other Items of Interest » Technology » Radiologists Having a Hard Time Finding Residency As Teleradiology Takes Over “Day” Jobs At Many US Hospitals, Students Still Stuck With Big Med School Loans, Stuck In a “Field of Dicoms”…

Radiologists Having a Hard Time Finding Residency As Teleradiology Takes Over “Day” Jobs At Many US Hospitals, Students Still Stuck With Big Med School Loans, Stuck In a “Field of Dicoms”…

Radiologists and orthopedic surgeons are still at the top of the doctor occupation chain but those jobs too are facing reimbursement cuts.  In the case of the hospital mentioned in this article, which is losing money, students can no longer get residency here and were given their pink slips.  The hospital is ending the residency program and is going with Teleradiology that reads images remotely.  So these students need to look elsewhere to finish their post graduate training.

The next obstacle is getting a job as if this hospital is relying more on remote image reading, wel 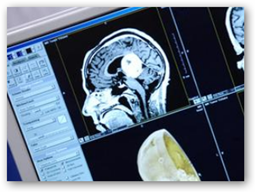 l there are others already doing the same or right behind them.  Medicare too has made cuts with radiology reimbursements in order to shift more over to primary care, which is not a bad thing, except when you have the remote services coming in and replacing them instead of less income, that’s a double whammy.  What are we going to do when the remote systems go down, or if we lose international relationships with countries who are performing this service?  I think it’s a good question to ask.

The hospital here won’t even release the funds they receive to be used elsewhere either.  One resident even offered to work without pay to get his training and hospital said no, it wasn’t ethical for the hospital to accept free labor?  The real story is more about legal issues I would say since the money is being diverted to primary care residents.  Anesthesiologists, facing competition from nurse anesthetists and California just passed a law to allow more use with nurses with anesthesia.  Dermatology and Ophthalmology are the only two entities that are seeing an increase or staying level.  BD

For years, medical students who chose a residency in radiology were said to be on the ROAD to happiness. The acronym highlighted the specialties — radiology, ophthalmology, anesthesiology and dermatology — said to promise the best lifestyle for doctors, including the most money for the least grueling work.

Not anymore. Radiologists still make twice as much as family doctors, but are high on the list of specialists whose incomes are in steepest decline. Recent radiology graduates with huge medical school debts are having trouble finding work, let alone the $400,000-and-up dream jobs that beckoned as they signed on for five to seven years of relatively low-paid labor as trainees. On Internet forums, younger radiology residents agonize about whether it is too late to switch tracks.

At St. Barnabas Hospital in the Bronx, a dozen radiologists in training, including Dr. Luke Gerges, 28, are suddenly stranded on an expensive road to nowhere. All received termination notices recently because their hospital is ending their residency program next year as part of a plan to replace its radiologists with a teleradiology company that reads diagnostic images remotely.

Though outsourcing to India grabbed headlines, the big growth in teleradiology was domestic. Now the nighthawk companies, staffed by recent radiology graduates, are competing for the daytime work, too.

One hospital, McLaren Macomb, in suburban Detroit, instead offered several residents slots in its “unfunded program,” in which most radiology residents essentially pay for their own positions through donations, typically from a spouse or parents: $65,000 a year to cover a $42,000 salary and $2,000 for expenses.

But longings for other once “hot” specialties, from cardiology to emergency medicine, brought warnings of slashed reimbursements and few jobs.