Home » Insurance » Medically Related » My Commentaries » Narrow Networks For Employers Soon An Option in New Jersey With “New Jersey Only” Plan Offering From United Healthcare As The Company Keeps Working Their Risk Assessments and Reimbursement Reductions..

Well this should come as no surprise as we have seen United with their current Medicare Advantage networks with firing MDs who see senior patients, so here’s the next level up with offering a “narrow network” to employers.  This serves to further drive down doctor reimbursement of course and there’s are not enough details to fully discuss.  This is being offered via the 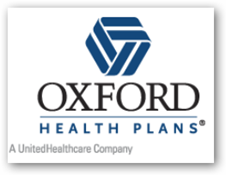 United Oxford subsidiary.  Employers will still have options on other plans but of course they will be more expensive so this is the new “budget” narrowed network option for New Jersey and one could maybe wonder when this option will arrive in other states.  I would be a fool to think that it would just be a New Jersey offering only and I think it’s more of a pilot to see how it works.

The savings for employers, it states here is around 10% so cash strapped small companies would have some incentive to entertain this.  The article didn’t mention exactly who all the members would be here in the Garden State Network but states that it includes 18,000 doctors and 65 hospitals so it sounds pretty inclusive, but just don’t go out of state is the message I read here as they can bundle up risk assessments all within one state.

Again we don’t know what the details are here that go along with an employer offering as far as co-pays, etc. for the full story.  I can say one thing though that insurers did their bit on outfoxing CMS with their quant created mathematical formulas to over bill for around $70 billion with Medicare part D, that was all math and CMS doesn’t know what to do with that matter right now.   BD

UnitedHealthcare has about 1.5 million members in New Jersey, the majority of them in employer-based health plans. Cerniglia said existing clients may switch to the Garden State Network, which he predicted will also bring new business to the company.UnitedHealthcare's Oxford division is launching a New Jersey-only network of doctors and hospitals that will provide lower-cost health plans to employers who use the 18,000 doctors and 65 hospitals in the new Oxford Garden State Network.

“It limits access to New Jersey-only providers and it is a solution for New Jersey employers where a smaller network offers a reduction in cost,” he said.

He added that employers will continue to have the option of offering their employees the company’s larger networks alongside the more limited — but also more affordable — Garden State network. He said while a New Jersey-only network won’t work for all employers, many clearly are seeking less-expensive health care options.